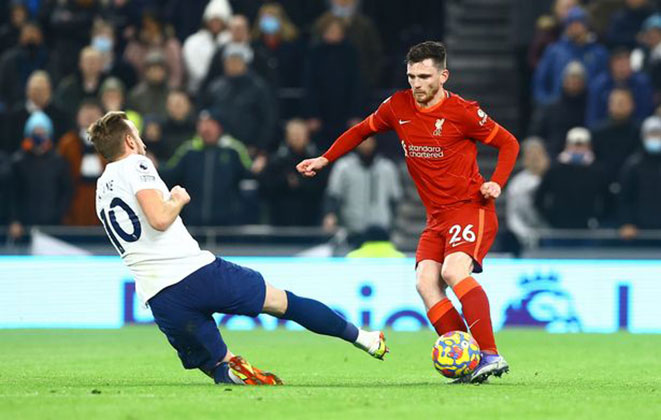 What exactly is the point of having VAR if it isn’t going to be used for every questionable incident? There is a VAR check on what seems to be every goal or offside decision and yet, twice in the match against Spurs, VAR was deemed not needed. Despite both decisions directly impacting the outcome of the game. It truly boggles the mind how on the Robbo red card, which was indeed a bad foul and deserving of sending off, VAR was brought in. Yet, the Harry Kane foul was just waved away as a yellow. With every replay on the broadcast, it was clear the Kane tackle was reckless and would have damaged Robbo had he not been in mid-air.

Reputation shouldn’t factor into dangerous play. I don’t believe Harry Kane was actually attempting to injure when he went into the tackle, as that is his reputation. But the outcome of the challenge is different from the intent. Likewise with Jota’s penalty shout, which was probably less clear-cut but demanded more scrutiny than just waving it away and later telling Jurgen that Jota was looking for the foul.

Now, it’s of course impossible to demand that a ref be perfect. They are human, like any of us. Prone to getting swept away in a game and cannot see everything. Yet… that’s exactly what VAR is there for, is it not? To help keep a match as close to equal as possible. Aren’t some of these decisions clear and obvious errors and thus the very definition of requiring VAR assistance?

These are the questions that linger after Liverpool escaped with a 2-2 draw. Escaped being the operative word because the Reds were very fortunate in this match. Were it not for a huge fingertip Alisson save on Dele Alli, the outcome would have been very different. Credit where it is due for Antonio Conte, who had Spurs set up in what seemed like a vintage Chelsea style: packed midfield and hitting on the counter with speed. Whenever Spurs broke back, they looked extremely threatening.

Van Dijk especially seemed a big miss in this match, as his calm demeanour is usually the lynchpin to keeping opposing teams a bit more in check. Likewise, asking young Tyler Morton to do a Fabinho impression was a mighty ask and ultimately showed that not having the top choice defensive shield, midfield play is there for the taking.

Going forward was not an issue and Liverpool continue to create chances at an elite level, which is all to the good. At times, it seemed inevitable that the Reds would push further onward until the Robbo red card forced a complete tactical rethink.

Still, it all went for just a draw because in the moments when the ref required VAR, it was only called upon sporadically. As fans, all we ask is for consistency. We may become frustrated by the delays and how fractions of an elbow or toe can change things but at least the eyes won’t lie when you see it. Not even being given a chance to review it though? That’s where everything boils over.
In the grand scheme of the season, a draw at Spurs amidst the COVID and questionable decisions isn’t a bad result. But, as Man City continues to march on, when you want to be champions, you need luck as well as skill and on this night, it wasn’t in Liverpool’s favour.