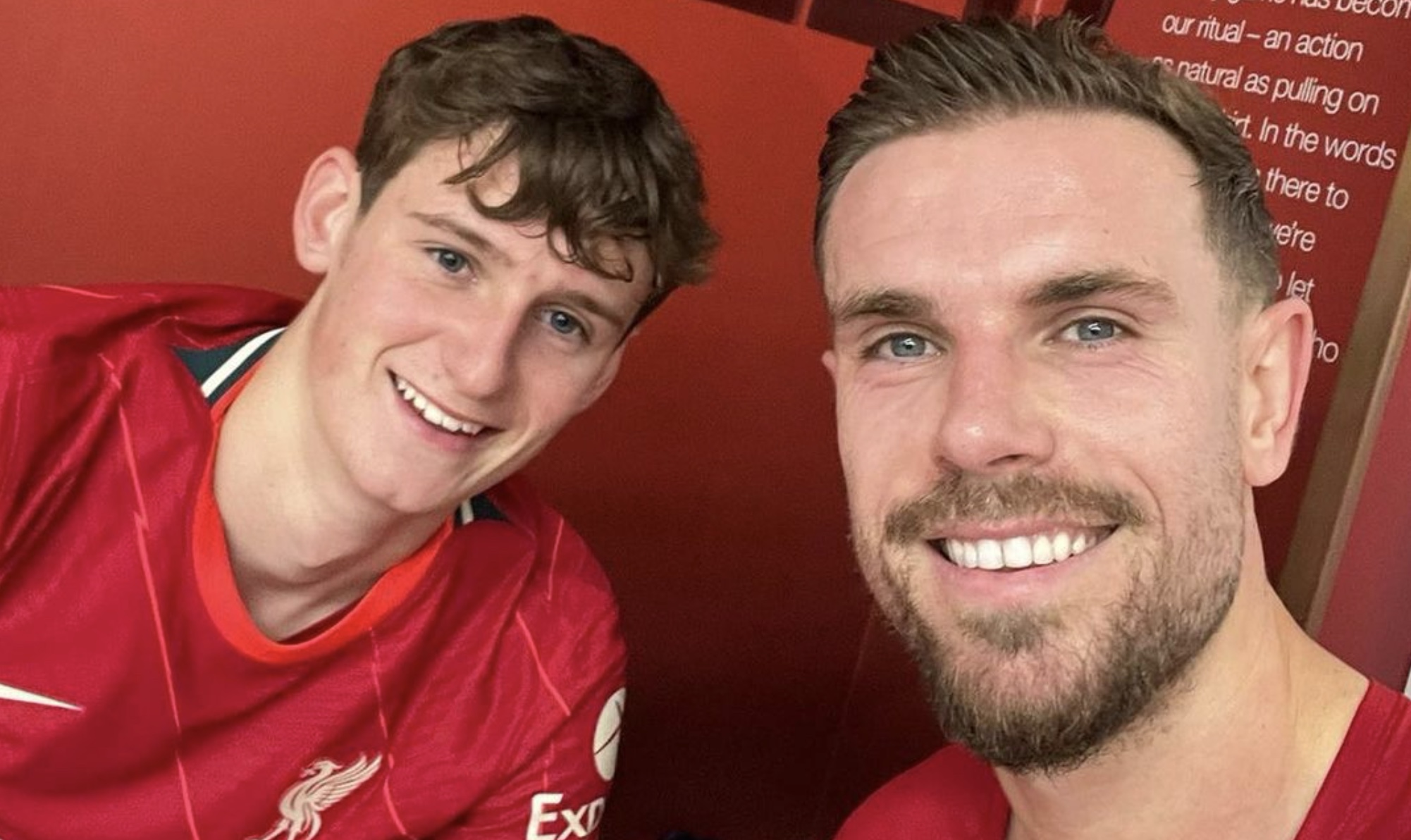 Jordan Henderson has praised Tyler Morton for the way he has stepped up to first-team football.

The 19-year-old midfielder has notched up seven appearances for the Reds so far and taken it all in his stride, helping fill at a time when key players are out through injury and self-isolation.

“Tyler has been brilliant over the last few months, I really think he has improved,” Henderson told the official site.

“He has obviously learned and listened to a lot of the lads around him in training and being around the lads, in the dressing room and in training, it will certainly help him. And I think that has helped him going into games, I think he has looked comfortable and he hasn’t looked fazed at all and he has done really well.

“So hopefully he can just carry on doing that. He is a great lad as well, he has worked extremely hard and I’m sure he’ll have a big future ahead of him.”