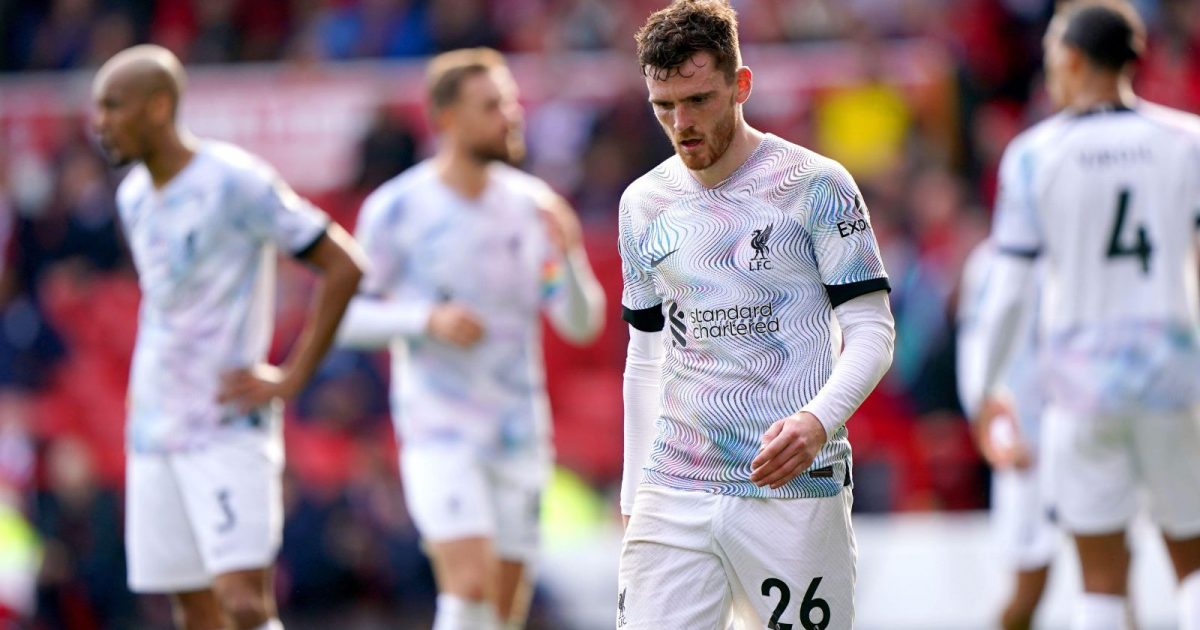 Liverpool’s three-game winning run came to an end on Sunday afternoon. A 1-0 defeat at newly-promoted Nottingham Forest reminded us that the Reds are having a poor season.

Victory over Manchester City last weekend gave Liverpool fans hope that the corner had been turned but that isn’t the case at all.

“What we said even after the Rangers game, after the Manchester City game, when things were going well people were saying we were back, we didn’t quite say that because we knew we had to get consistency,” said Andy Robertson after the game. “That’s what’s brought us success in the past, just grinding out results, getting one-nils.

“We did that on Wednesday, not at our best against West Ham and you just grind out a 1-0. Obviously, Ali saves a penalty and everything and you just get away with the three points and you just try to build on it.

“Unfortunately we did create the chances but we just couldn’t find the net. When you have a game like that it’s so frustrating and when you’re in a better position in the league it’s sometimes a wee bit easier to accept when you walk off and think, ‘You know what, it’s just not our day.’ But when you’re in the position we are in, when you have dropped the points we have dropped already it’s that bit more difficult.”

With a crunch Champions League game at Ajax on Wednesday night, Liverpool need to quickly put Saturday’s defeat at the City Ground behind them and come back from Amsterdam with a win.

“Games are coming thick and fast, we have to pick ourselves up, we’ve got a massive game in the Champions League where we can secure our last-16 spot,” added Robertson.