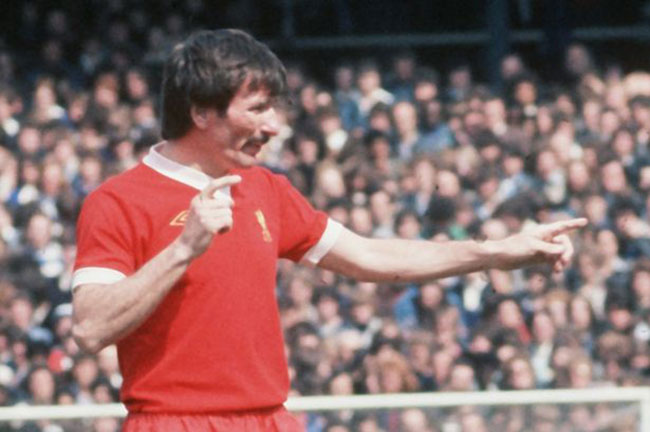 Liverpool legend Tommy Smith has died at the age of 74.

For former Reds skipper had an 18-year career at Anfield, during which he won four league titles, and lifted the European Cup in 1977.

“He had been growing increasingly frail and suffering from a variety of ailments over the last three months especially.

“We are obviously all devastated.”

Tommy was a fan favourite, loved for his no nonsense approach to defending, one which earned him the nickname ‘The Anfield Iron’.

In his own words, “”I was born with football in my blood. Red of course, not Blue. There are no half measures in Liverpool, either in the pubs or in a football sense. My grandfather and father supported Liverpool. There was no debate. No arguement. I was a fanatic, brought up on a diet of football, football and more football.”