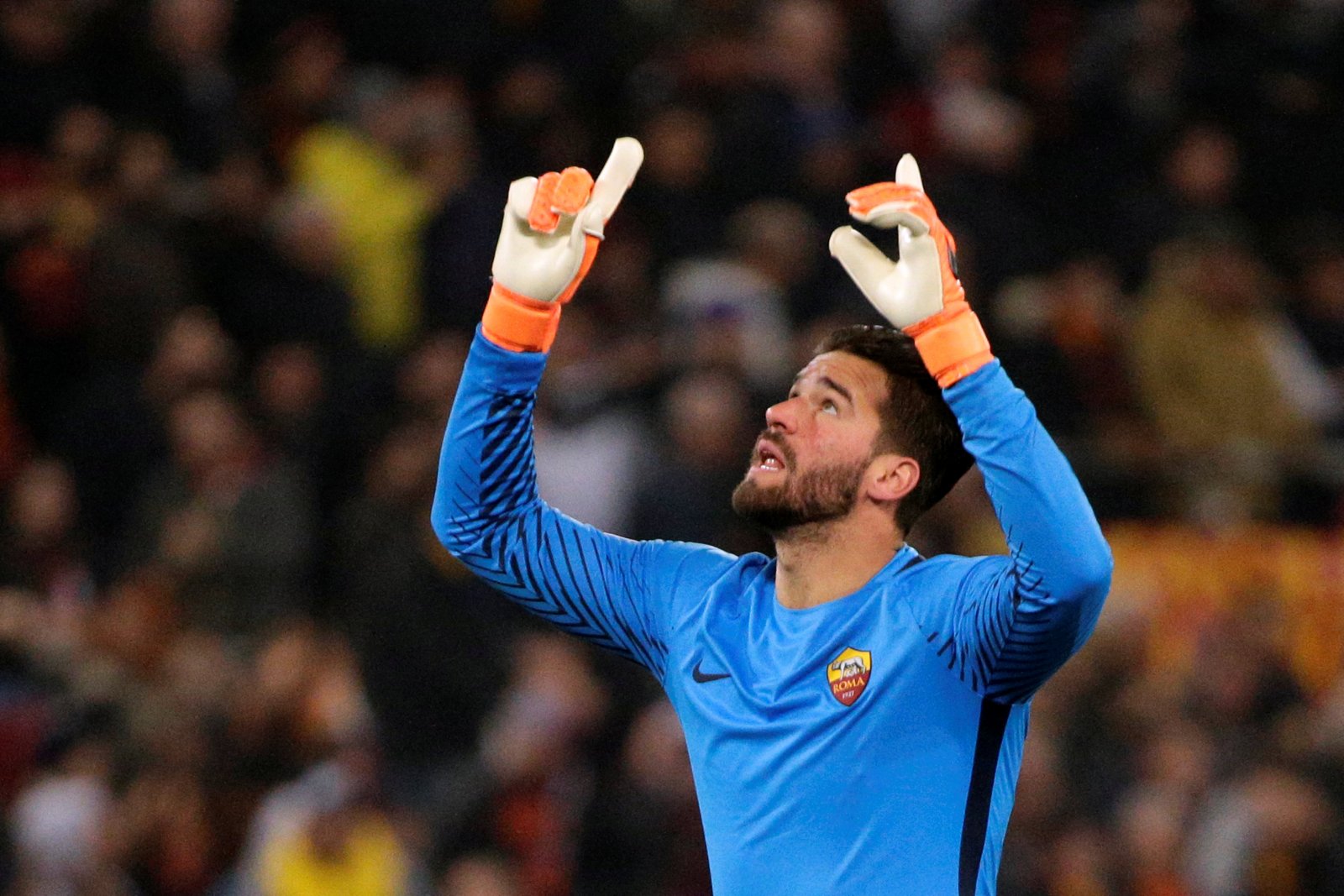 Liverpool will launch a whopping £62.7m bid for Roma goalkeeper Alisson this week, according to the Sunday Mirror.

Having already been scared off by Roma’s initial £75m price tag, Jurgen Klopp went on to defend Loris Karius and backed him to bounce back from his Champions League Final blunders and regain his position in goal next season.

However, it now appears that Roma are prepared to reduce the asking price for their Brazilian stopper and a deal may now be reached between the two clubs. If that happens then either Karius or Simon Mignolet will be surplus to requirements at Anfield and one of them will almost certainly be sold over the summer.