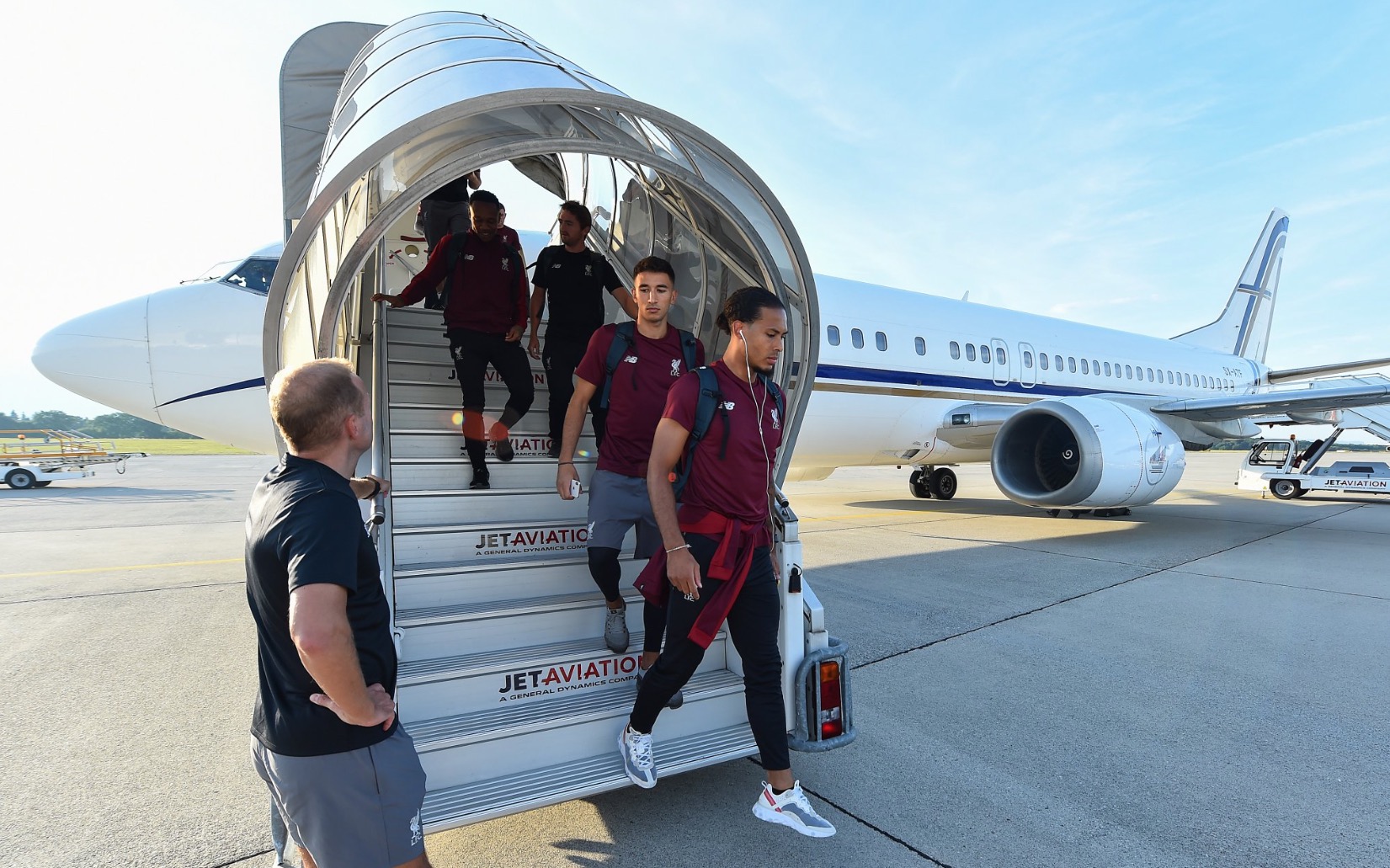 Liverpool’s pre-season preparations continue as Jurgen Klopp and the boys head from USA to France.

The Reds move on to Evian for a five-day training camp before flying to Dublin on Saturday to play Napoli at the Aviva Stadium.

Roberto Firmino will join the squad after his break from World Cup action with Brazil, as will new goalkeeper Alisson Becker.

The Reds arrive for this week's training camp in France. 👋 #LFCPreSeason pic.twitter.com/6udpHCOjJC