HomeNewsReds All Over The Land - Week 26 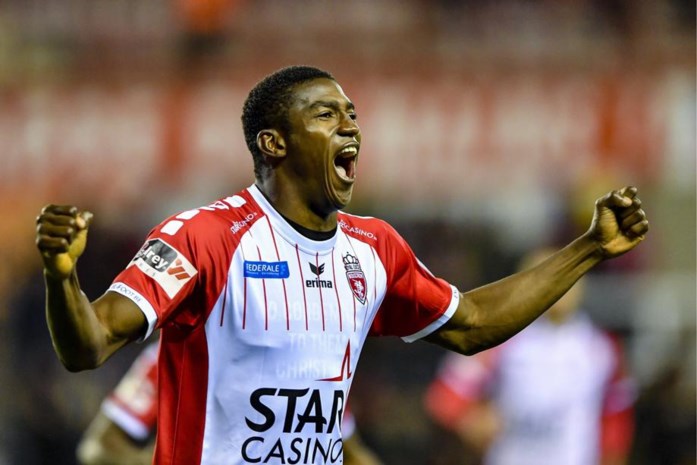 The Liverpool first team squad may have jetted off to sunny Marbella but for the loanees there was business to attend to.

It was a fairly quiet weekend for many of them as Danny Ings and Ovie Ejaria missed out through injury. Nathaniel Clyne was ineligible to play against his parent club whilst Pedro Chirivella, Sheyi Ojo, Anderson Arroyo, Adam Bogdan and Allan were all unused.

Football is a funny game and Taiwo Awoniyi was the last man laughing as his current side Mouscron faced his former employer Gent at the weekend. With three goals in 22 appearances (many from the bench) Awoniyi left his loan spell with Gent early and returned to Mouscron where he had great success last season.

Awoniyi has been all action since his return and his form continued on Saturday as he scored the opener in a hard fought 2-1 victory.  That is now four wins in four since Awoniyi returned, with the young striker netting three goals in that time.

Marko Grujic’s fine form in the Bundesliga continued at the weekend as he notched his first assist of the season in Hertha’s 3-0 win over Borussia Monchengladbach. It was yet another all action performance from the young Serb who in recent weeks has been compared to Xabi Alonso in the way he dictates the game. High praise indeed for the promising youngster!

Two Reds came head to head this weekend as Ryan Kent’s Rangers faced Liam Millar’s Kilmarnock in the Scottish Cup 5th round. It was not the most exciting of matches with the game finishing 0-0, meaning a replay at Ibrox will be played soon. Kent started on the left and played the full 90 for Steven Gerrard’s side whilst Millar came off the bench to see out the closing stages.

Kamil Grabara got his first taste of competitive action for his new club AGF at the weekend against fourth placed Esbjerg in the Danish Superliga. It was the perfect start for the young keeper who managed to keep a clean sheet in a lively performance as AGF ran out eventual 2-0 winners.

Lloris Karius was obviously spurned on by the performance of Grabara. He too went on to keep a clean sheet as Besiktas comfortably beat Bursaspor 2-0. (Anything you can do, I can do etc…)

Harry Wilson, full of confidence after winning Derby’s goal of the month for the FIFTH month in a row, faced his former employer Hull City. There were no goals or assists for Wilson this weekend but he did put in a lively display as the Rams ran out eventual 2-0 winners.

And last but by no means least, the ever present Herbie Kane was at the heart of things for Doncaster Rovers as they fought back from 1-0 down to beat promotion chasing Peterborough United 3-1.