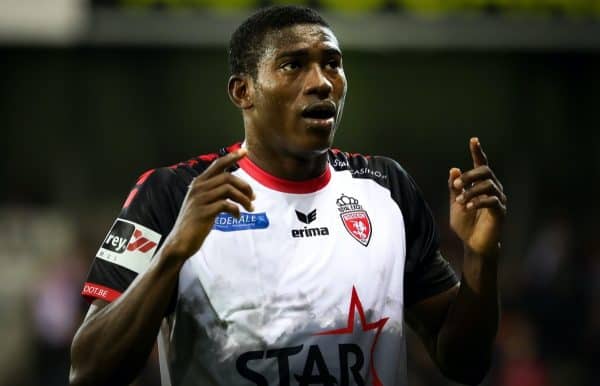 Lee Standen takes a closer look at the Liverpool players on loan round the world this week.

With 14 Reds currently out on loan, only Kamil Grabara missing out as AGF Aarhus do not restart competitively until next Monday and Ryan Kent’s Rangers had their match suspended.

Of the 12 loanees with games to play Herbie Kane missed out through injury as did Allan Rodrigues.

It was the dream return for Taiwo Awoniyi who has returned to Mouscron on loan where he was so successful last season. Coming off the bench with the game level at 1-1 it took Awoniyi just four minutes to make an impact as he rifled home a late winner. Lets hope this goal is the first of many as the young striker looks to make up for lost time after a frustrating first half of the season.

Two Reds were in action at Pride Park as Harry Wilson’s Derby County played host to Ovie Ejaria’s Reading. Both Reds played the full 90 in what was a lively encounter but it was Wilson who came out on top. Assisting one and scoring the other Wilson put Derby into a commanding lead at the half time interval and although Reading pulled one back, to which Ejaria can claim his first Royals assist, it was not enough as the Rams took the points in a 2-1 victory. Wilson was named MOTM.

Danny Ings made a winning return to the Southampton line up after missing three games through injury. Although the striker did not score himself his lively display contributed to what was a hard fought 2-1 victory over Everton which saw Ralph Hasenhuttl’s men rise to 15th in the table.

Nathaniel Clyne has settled into life at Bournemouth seamlessly, starting the last three fixtures for the Cherries. At the weekend however he tasted his first victory for the club and got the added bonus of a clean sheet as they beat West Ham 2-0.

Adam Bogdan and Hibs made a solid start to 2019 with a 4-0 Scottish Cup victory over Elgin City. Bogdan was able to keep a clean sheet on the day and truth be told he could of had a nap as Elgin city gave him very little to worry about.

It was good news for Hertha Berlin as the winter break allowed Marko Grujic to get back to full fitness after an injury lay off. The Young Serbian played for an hour and was instrumental in their 3-1 victory over Nurnberg. Berlin coach Pal Dardai was yet again full of praise for Grujic describing him as a ‘Top Shelf Player” and the “Best midfielder the club has had for 20 years”!

Lloris Karius started 2019 with a win and a good performance as Besiktas beat Akhisarspor 3-1 in an end to end game. Karius produced a solid performance with several smart saves which helped his team cement the victory.

Sheyi Ojo had a late run out as Reims drew 1-1 with OGC Nice.