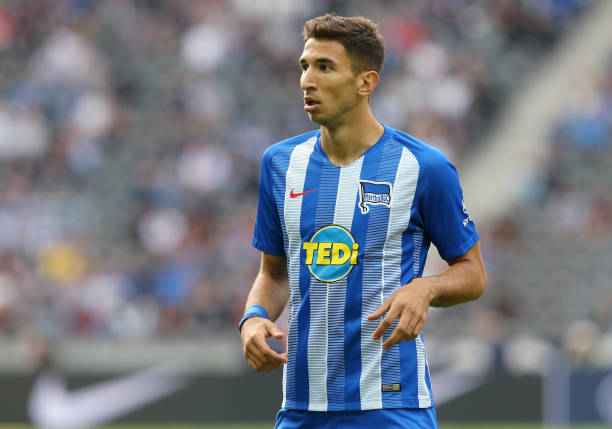 Premier League football was back with a bang last weekend as the Reds put to bed any fears of international break fatigue with a comfortable 3-0 win over Watford.

But that’s enough about them, the loanees also returned to action, hoping to follow the example set by Jurgen Klopp’s high-flying men.

Nine Reds featured in last weekend’s action with Danny Ings, Ryan Kent and Connor Randall all missing through injury. Ben Woodburn and Shamal George were not used by their respective clubs and therefore featured for the Liverpool U23’s to keep up their fitness.

He’s been out for two months but Marko Grujic is back and gave an impressive performance in the heart of midfield as Hertha Berlin drew 3-3 with Hoffenheim. Thrown straight in at the deep end Grujic played the entire 90 and looked like he had never been away.

Kane can’t stop scoring! And no I am not talking about Harry. Herbie Kane netted yet another goal for Doncaster Rovers following his outrageous strike in the FA Cup a couple weeks ago. With the score even in the 52nd minute Kane rose like a salmon to put away a well-delivered cross to give Rovers the lead. Unfortunately they could not hold on, as the score finished 1-1.

Another Red scored at the weekend but this time it is a much more familiar site as Harry Wilson yet again found his name on the score sheet. Trailing 1-0 in the first half, Wilson got the Rams back into the match on the half hour mark with a well-taken volley to take his tally to five for the season. The Rams went on to win 2-1 and stay in the hunt for promotion to the Premier League.

Ovie Ejaria started for Rangers against Livingstone as Steven Gerrard’s men looked to continue climbing the table. It was a tidy display from Ejaria who played for 80 minutes as the Gers won 3-0, moving them up to second and just two points behind Celtic.

Staying with players North of the Border, Adam Bogdan again featured for Hibs as they faced Dundee on Saturday. It was an entertaining game for the spectators as the match finished 2-2 in what has been described as an end to end game.

Corey Whelan and Crewe had an afternoon to forget as they were hammered 3-0 by Crawley Town in League 2. Whelan stayed on for the full 90 which must mean he was not the worst player on the pitch (silver linings).

Ahead of the weekend’s action Loris Karius posted a video of himself on his instagram titled ‘Back to Best’ which featured a montaged of all his best saves in a Besiktas shirt. To me I thought he had set himself up to fail but the man proved me wrong as he produced a confident display as they beat Ankaragucu 4-1. It was just a shame it wasn’t a clean sheet ;). But on a serious note I think I speak for all Reds when I say I hope the good form continues and he manages to move on from the nightmare night a few months ago in some small cup competition…

Last but not least young full-back Anderson Arroyo featured for Gent U21’s as they drew 2-2 with Sporting Charleroi.