HomeNewsReds All Over The Land - Week 11 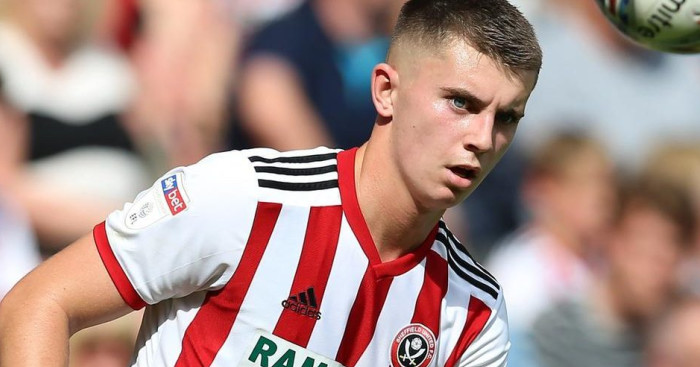 Another week goes by and the Mighty Reds remain undefeated, but its not all about them! Let’s take a look at how the loanee’s faired in what was a more productive week than last for the young Reds…

Firstly, the Reds who did not feature in last weekend’s action. Shamal George remained an unused sub for Tranmere Rovers whilst Allan, Sheyi Ojo and Taiwo Awoniyi all did not feature for their respective clubs. Marko Grujic and Connor Randall are both still sidelined with injury.

Now for those that did….

Harry Wilson continued his fine form this weekend with another goal as Derby beat Birmingham 3-1. In the 55th minute he lined up a free kick at an acute angle to the right of the goal and deceived everyone as he bent it home at the near post.

Wilson was again deployed in the roaming role behind the striker and was a key player for Frank Lampard’s men. Klopp has struggled to fill this particular role since Coutinho left the club so maybe his development is one to keep an eye on.

Danny Ings mini goal drought came to an end at the weekend as he netted a first half penalty against Manchester City at the Etihad on Sunday. Unfortunately for Ings and Southampton this is as good as it got, as the Saints were thumped 6-1 by the Manchester city steamroller. Speculation is growing that Mark Hughes will soon be replaced at St Mary’s.

Ben Woodburn (remember him?) made a surprise return to the Sheffield Utd squad at the weekend after spending 6 weeks in the wilderness. He started on the bench but came on as a late sub as the Blades lost 1-0 to Nottingham Forest.

The ever present Herbie Kane completed another 90 minutes for League 1 side Doncaster Rovers as they lost 2-0 to Charlton Athletic on Saturday. Kane batted hard and was a dominant presence throughout the game but was unable to get rewards for his graft.

Corey Whelan had a weekend to forget for Crewe against Northampton, as he was hooked at half time in what was a poor team performance. The manager put it down to a ‘Tactical switch’ but it its never nice to leave the field with 45 minutes still to play. The Railwaymen lost the game 2-0.

It was back to winning ways for Rangers and the on loan Reds Ovie Ejaria and Ryan Kent who took on St Mirren at the weekend. In what was a pretty routine victory the young Reds both featured for the full 90 as Rangers won the tie 2-0.

Staying North of the border it was not a great day for Adam Bogdan and Hibs who lost 1-0 to St Johnstone on Saturday.

Only one Red featured outside the UK last weekend and it was the man never far from the headlines – Loris Karius. The German keeper kept his place in goal for Besiktas as they faced league leaders Basaksehir in what turned out to be a disappointing day for the team. A win would have closed the gap on the team at the top but it was not to be as they continued their poor form with a 1-0 defeat. Besiktas now sit 6th in the league and on current form continue to slip down the table.