HomeNewsReds All Over The Land - Week 10 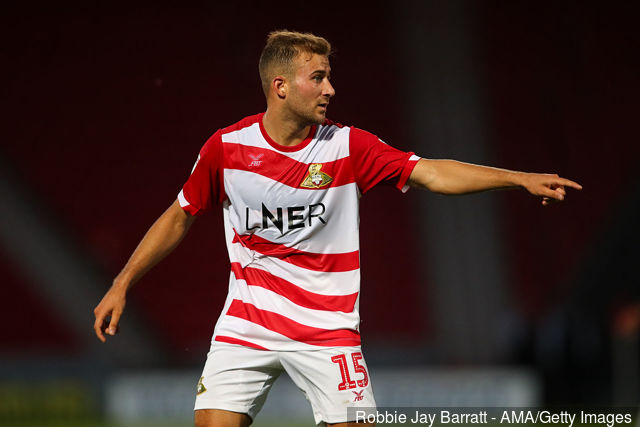 Another week, another win for the Reds, but how did the Liverpool loanees fare last week? It was a quieter week for those on loan with just 10 players featuring in the weekend’s action.

Ben Woodburn continues to be a growing cause for concern as the promising youngster was left out of the Sheffield United squad for a sixth consecutive game, whilst Shamal George and Sheyi Ojo were also unused.

Marko Grujic and Connor Randall are both still sidelined and Adam Bogdan’s Hibs did not have a match at the weekend.

Loris Karius and Besiktas got back to winning ways after four games without a win (losing three of them) as they thumped Rizespor 4-1 in the Monday night game. The German keeper had very little to do other than pick the ball out of the back of his net once as Rizespor rarely threatened the home side over the course of the game.

Anderson Arroyo continued his fine form for Gent Under-21’s on Monday as they picked up a 2-1 home win against Zulte-Waregem.

The Gent first team won by the identical scoreline at the weekend but Taiwo Awoniyi was a lot less involved. A late cameo was all that was rewarded to the youngster for a second week running.

Young full-back Corey Whelan found himself on the scoresheet this weekend as he opened the scoring for Crewe Alexandra in the 70th minute. With only his second senior goal to date, Whelan controlled a cross-field pass with his right before slotting home with his left. Crewe went on to beat Grimsby 2-0.

Ryan Kent and Ovie Ejaria had a very disappointing weekend as Rangers lost the League Cup semi final to Aberdeen at Hampden Park.

Both Red loanees played the full 90 but were unable to create the breakthrough as Steven Gerrard’s side slumped to a 1-0 defeat.

The goals have dried up for Danny Ings and Southampton as they fired a blank for the third game in a row. Fellow strugglers Newcastle visited St Mary’s at the weekend and left with a point from the goalless draw.

Harry Wilson was not on the scoresheet this weekend but he did get an assist as Derby County drew 1-1 with Middlesborough. A win would have seen the Rams go top and they were minutes away from achieving their aim only to be undone by a comical own goal by defender Jayden Bogle. Wilson was deployed in the playmaker role of a midfield three and had a very effective and productive evening.

Herbie Kane made his 17th start of the season for Doncaster Rovers as they lost 2-1 to Coventry on Saturday. Not the result he would of wanted but the young midfielder continues to impress whilst on loan at the League One club.

Last but not least Allan Rodrigues was back in the Eintracht Frankfurt squad after being left out of the Europa League game mid-week. He came on for the final 20 minutes and helped his team battle back to draw 1-1 with Nurnberg.