HomeNewsNunez signs on the dotted line

Nunez signs on the dotted line 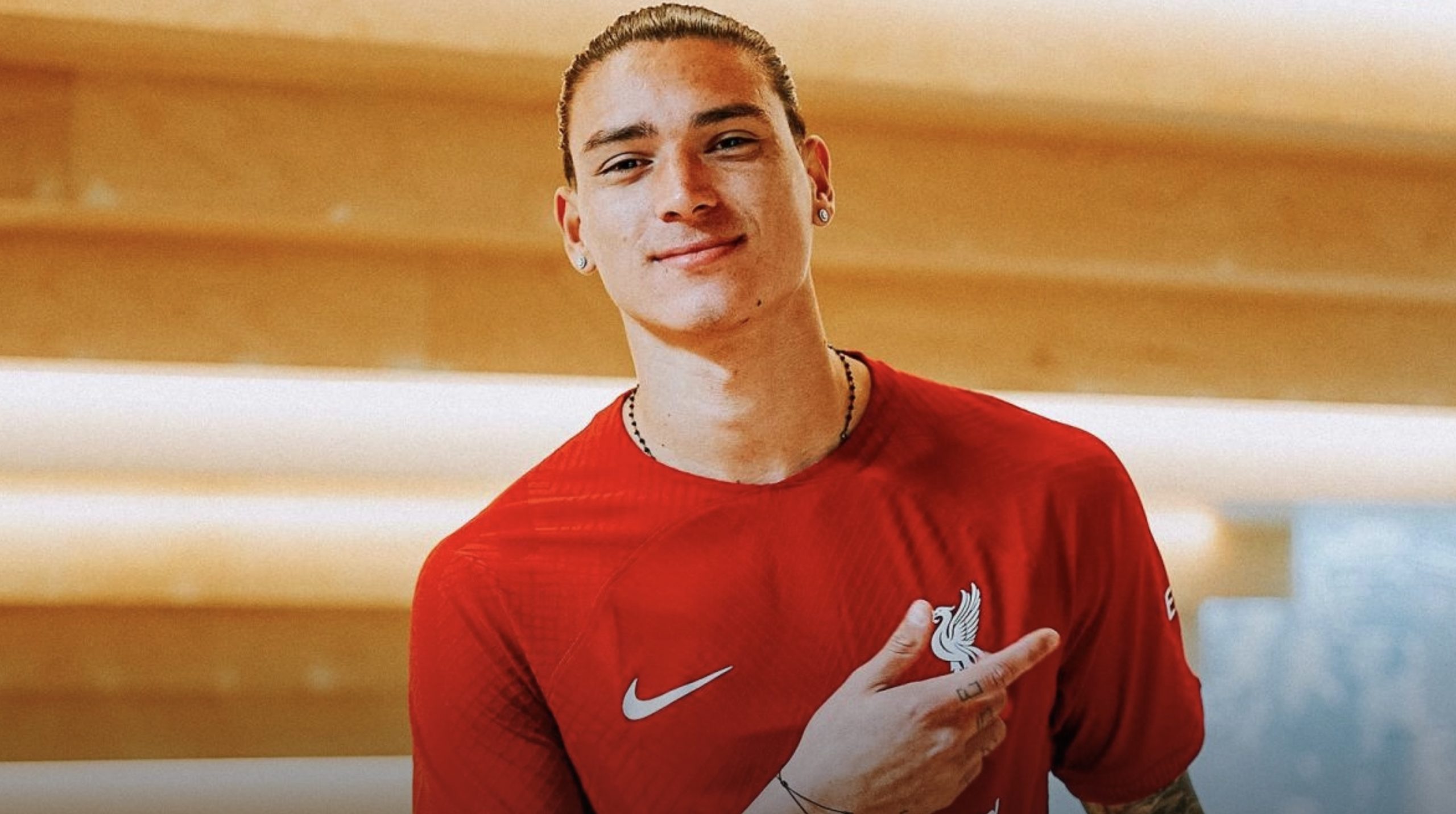 Get your Darwin 27 Liverpool shirt here!

The Uruguayan forward has put pen to paper on an £85m move from Benfica and will wear the number 27 for the Reds next season.

It’s been the worst-kept secret for the last week but the official announcement was delivered by the official site with the hashtag #DarwinDay. Charles may be turning in his grave but Liverpool fans won’t care. This is a great signing.

“I’d like to thank my partner and my parents and my son, who is a real source of pride for me,” said the 22-year-old. “They’ve been really important to me in the stages in my career. I’m really proud of them, and for the work we do, me and my partner, as a team and I’m grateful to her that I’m here.

“It’s a pleasure to be here in Liverpool and I’m very happy to be a part of this great club.

“I’ve played against Liverpool and I’ve seen them in lots of games in the Champions League, and it’s my style of play. There are some great players here and I think it’s going to suit my style of play here.

“As I say, I’ve watched quite a lot and it’s a very big club and I hope I can give everything that I’ve got in order to help the team.”

Get your Darwin 27 Liverpool shirt here!