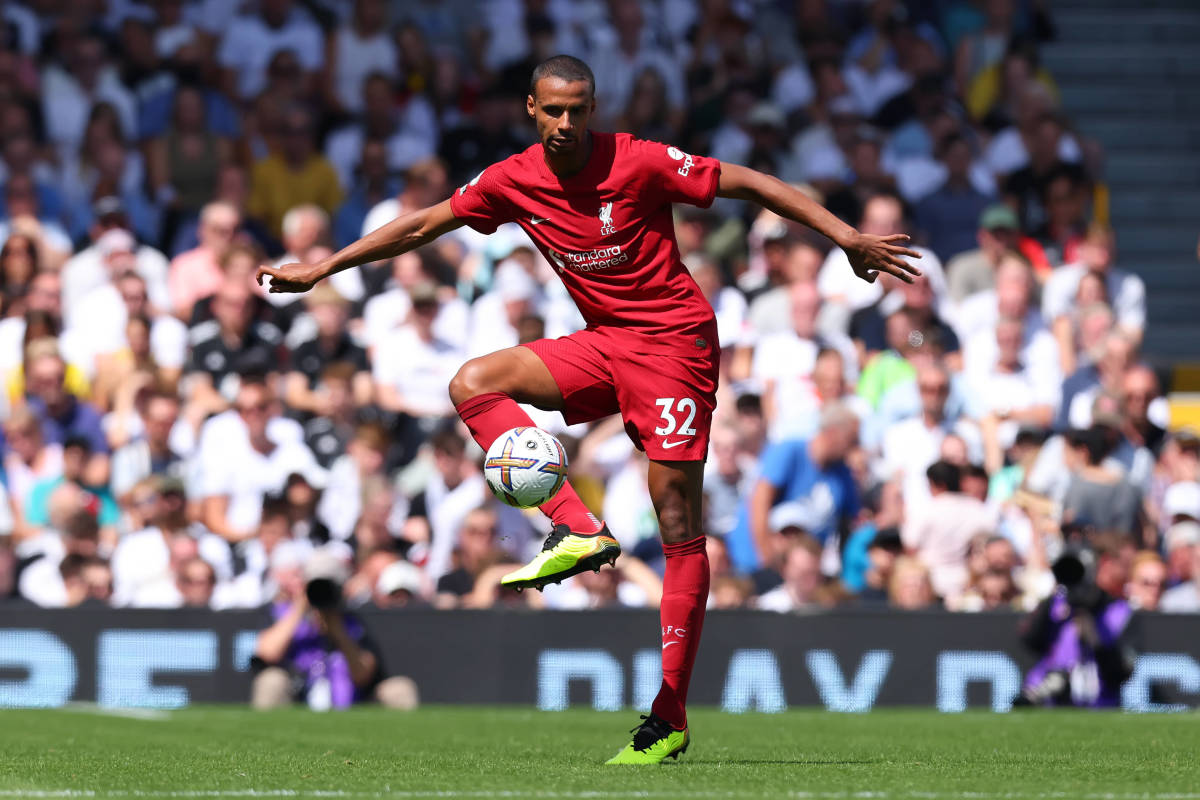 It’s only the second week of the Premier League and they are dropping like flies.

Joel Matip has picked up a slight groin strain and is unlikely to be fit for Monday night’s game against Crystal Palace.

Ibrahima Konate is still recovering from a knee injury picked up in pre-season, so Joe Gomez is expected to replace the 31-year-old Cameroon international alongside Virgil van Dijk in the centre of defence, with Nat Phillips on the subs bench.

This latest injury is another blow for manager Jurgen Klopp, who is already struggling with a depleted midfield. Here is what he had to say on the subject during his pre-Palace presser…