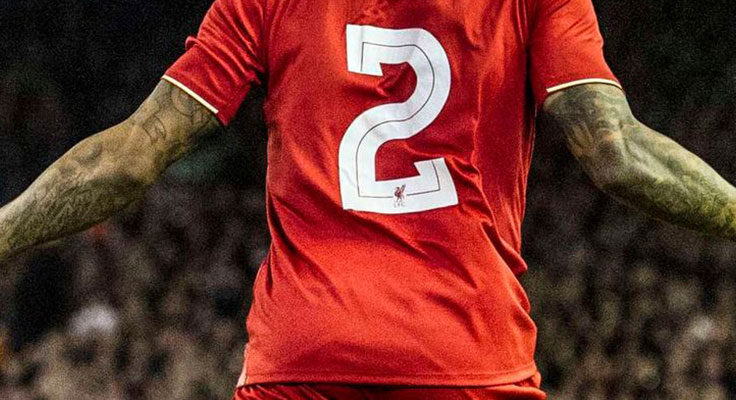 Liverpool have a new number 2, two years after Nathaniel Clyne left the club.

However, it’s not a new signing. Joe Gomez will switch from number 12 – a number he has worn since he arrived from Charlton Athletic seven years ago.

To appease anyone who have already bought a new Liverpool shirt with Gomez 12 on the back, the club have announced that Joe will personally reimburse fans by way of a like-for-like exchange for a ‘Gomez 2’ shirt.