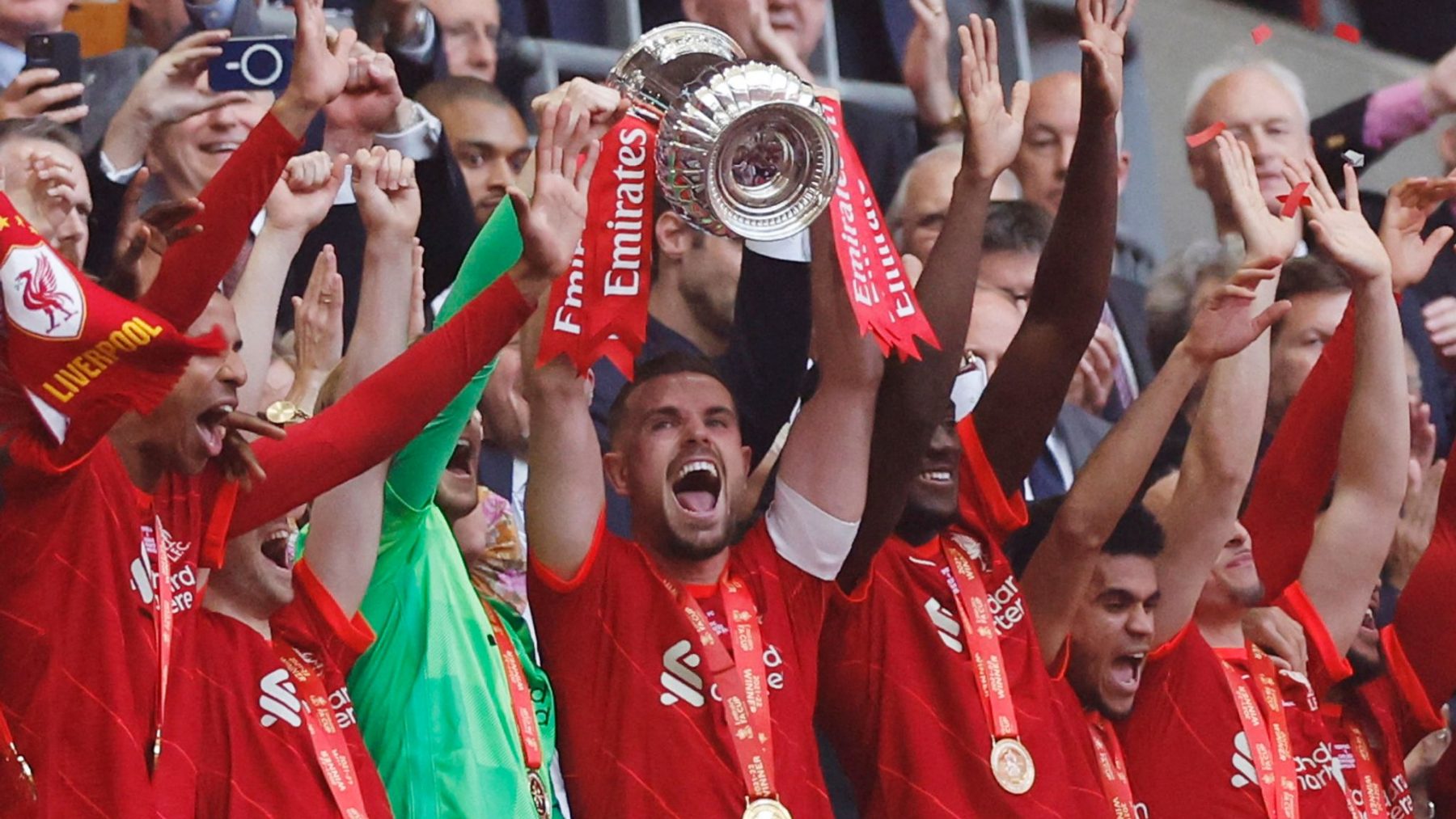 If you missed Saturday’s FA Cup final victory over Chelsea, or simply want to watch it again, here are the highlights…

Despite the game ending goalless, it was still an exciting encounter. Liverpool held their nerve in the penalty shootout and were rewarded with another piece of silverware for the bulging trophy cabinet.

Kostas Tsimikas was the hero of the day, scoring the winning penalty to win the cup. The Greek Scouser celebrated in style, running around the field with his hands behind his ears as the red flares lit up and Liverpool fans broke out into One Kiss.