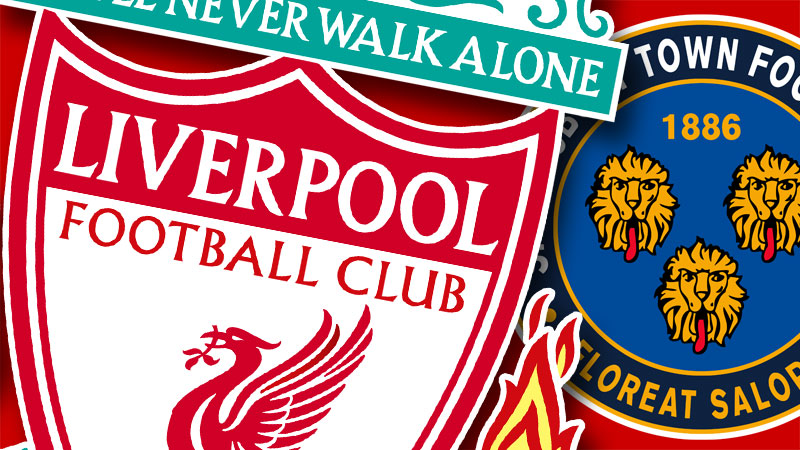 The Reds go into the tie with a depleted squad with Mo Salah, Sadio Mane and Naby Keita competing in the Africa Cup Of Nations until early February and some other players out injured or isolating due to testing positive for Covid-19.

Jurgen Klopp and his assistant coach Pep Lijinders are both in isolation after testing positive for Covid which leaves Peter Krawietz with the job of coaching the team today.

This will only be the fourth time that the two sides have met with the previous three meetings all having been in the FA Cup. The last two meetings came in 2020 with Liverpool being held to a 2-2 draw away at Shrewsbury but managing to win the tie in the replay at Anfield thanks to an own goal.

Liverpool go into the tie desperate to find form again after only picking up one point in their last three Premier League games. Despite their struggles in the league as of late they have shone in cup competitions this season, winning their Champions League group and reaching the semi-final of the League Cup against Arsenal, which is due to be played next week.

Shrewsbury have shown good form recently in League One with their last defeat coming in a 1-0 away defeat to Doncaster on the 11th of December. The Shrews do have some good history in the FA Cup having reached the sixth round twice in the 1978-79 season and the 1981-82 season.

The game looks as if it will be Liverpool’s to lose as, even with a depleted squad, they should still have the players available to progress to the next round of the competition.

Unlike in previous years, the third round will not see replays used, so the winner must be decided today with the game going to penalties if the two teams cannot be separated after 90 minutes and extra time.

Score prediction: 4-0. I predict that Liverpool will play a tight game of football today early on in order to tire the Shrewsbury players, but will come into the second half hungry for goals and will win comfortably over the lower league side.