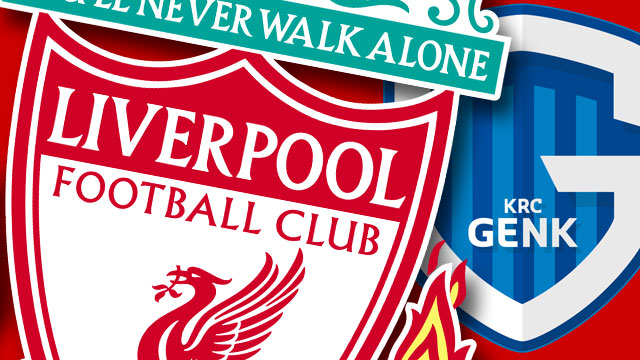 Liverpool take on Genk at Anfield in the Champions League, a fortnight after their 4-1 away win in Belgium.

The game will be shown live in the UK on BT Sport 3 and streamed via the BT Sport app. US fans can watch it online on fuboTV and B/R Live.

Joel Matip, Xherdan Shaqiri and Nathaniel Clyne remain ruled out with injury, but otherwise Jurgen Klopp could well opt for the same line-up that beat Aston Villa at the weekend.