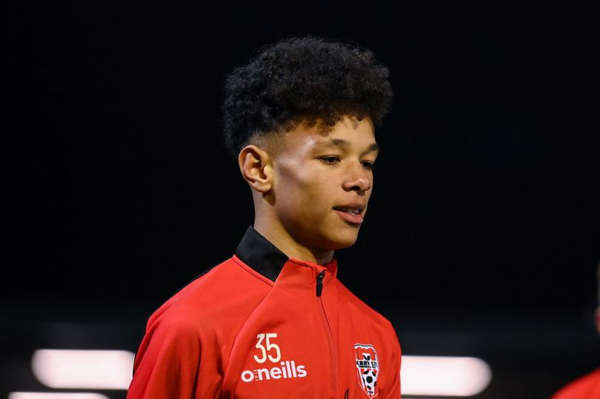 The 15-year-old starlet has been on Liverpool’s radar for several months and also been attracting interest north of the border from Celtic.

However, it looks like the Reds have once again done the deal and Derry Under-19’s coach Gerald Boyle believes Kone-Doherty can go all the way to the top.

“Trent certainly does have all the attributes to do well,” he said. “Trent has that ‘X’ factor, he’s got something special. His one-on-one ability is excellent. He has got serious, serious pace but the biggest thing about him is that he has a brilliant attitude.

“He is so receptive to information, he wants to learn all the time and he’s a great team-mate as well.

“Those qualities, as well as his physical and technical abilities, will take him a long way because he’s a great kid to work with and, as I said, he wants to learn and get better. Hopefully that takes him a long, long way in the game.

“Of course it’s going to be tough. The Premier League is a tough environment but you know what, Trent has got a really, really good chance because he has got that something special.”