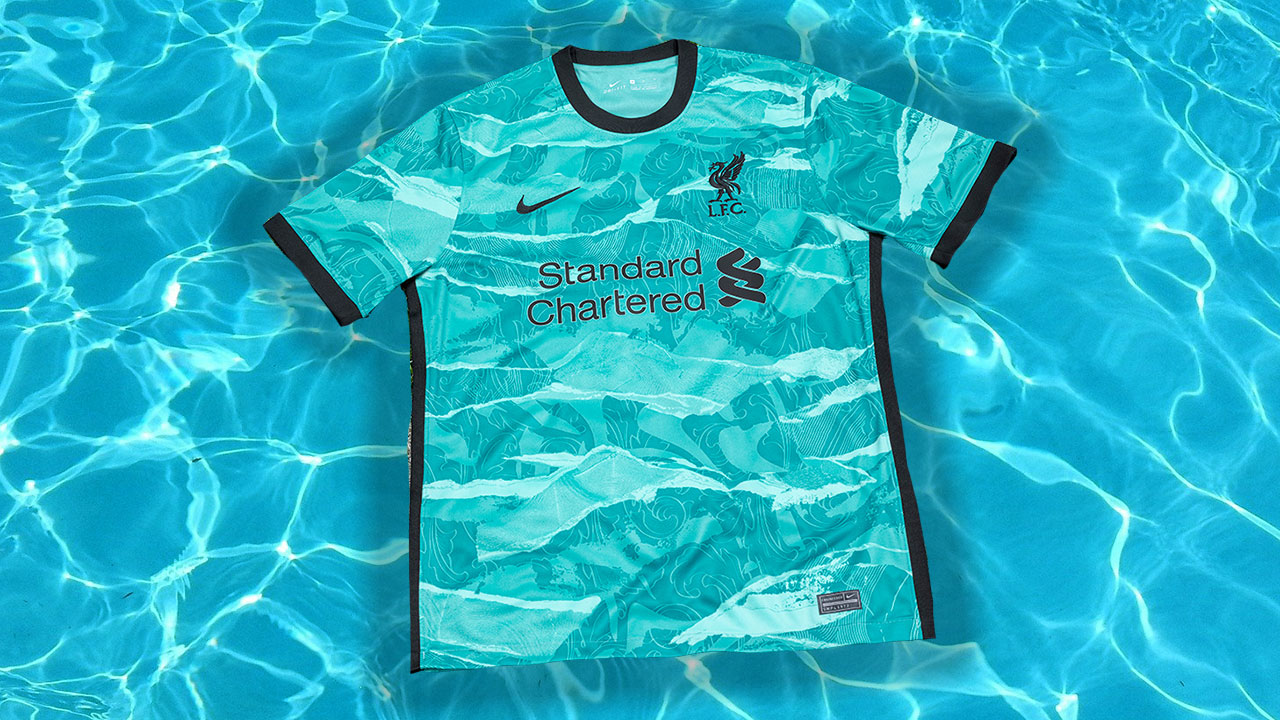 It’s finally here – What do you think of Liverpool’s new away kit?

The leaked images of Nike’s first Liverpool away kit were right as usual and once again this is a kit that will divide opinion. Apparently the Liverbird and club crest heavily influence the colour, although we think its more swimming pool than Liverpool!

The US kit designers have surpassed themselves again, claiming that “Bold is the Name of Liverpool FC’s Away Game.” Pass the sick bucket!

But not everyone dislikes the lurid colours…

“I’m a massive fan of the new away kit,” said Liverpool captain Jordan Henderson. “I really love the design and how it has been influenced by the city and specific aspects of the club. I can’t wait to get back out there and play in it next season.”
The new kit will go on general sale for purchase in store and online from Monday August 17.