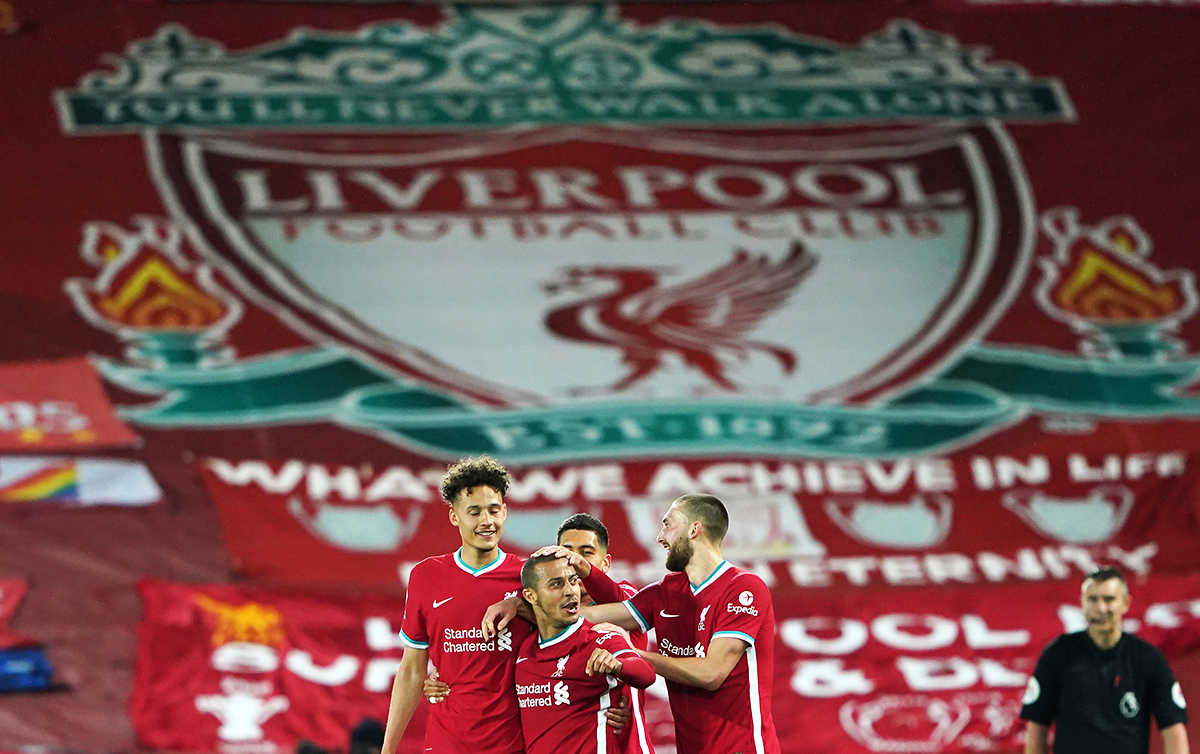 Liverpool’s 2-0 Premier League win over Southampton at Anfield on Saturday night keeps their hopes of a top-four finish, and qualification for next season’s Champions League, alive but only just.

“If we do that I think it’ll be enough,” said Jurgen Klopp after the game. “But it’s a big if.

“We play on Thursday at Man Utd, I know they play Tuesday, and Sunday, and they have a tough schedule, but if you look at their squad they can make changes, there is no doubt. Three games in a week is absolutely crazy, I really don’t understand that, but it is how it is.

“We will see if West Brom is still fighting for [staying in] the league, Burnley then. All the teams have their targets, and if they don’t have targets and have reached them already, they can play completely without pressure, and that’s not nice as well.

“We will have pressure, as long as we win, because we can reach something.”