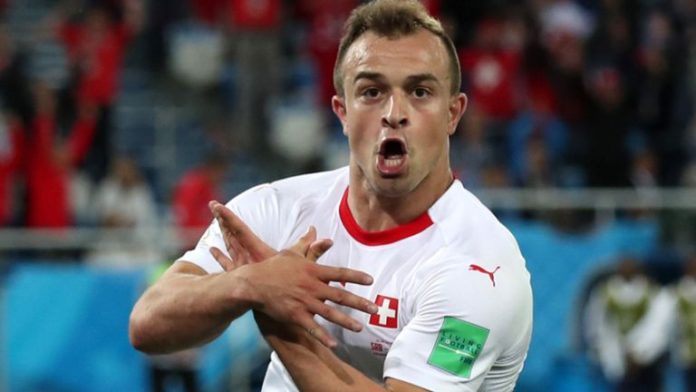 Xherdan Shaqiri is one of the players being linked with a move to Liverpool this summer, but they face competition for his signature.

The Stoke winger has been in fine form for Switzerland at the World Cup over the last couple of weeks and will leave the club following their relegation to the Championship last season.

Jurgen Klopp is known to be keen to add Shaqiri to his squad as Liverpool prepare for a long season ahead, but Southampton are also interested in the 26-year-old and may well be prepared to outbid the Reds, with a feee of £12m being bandied about.