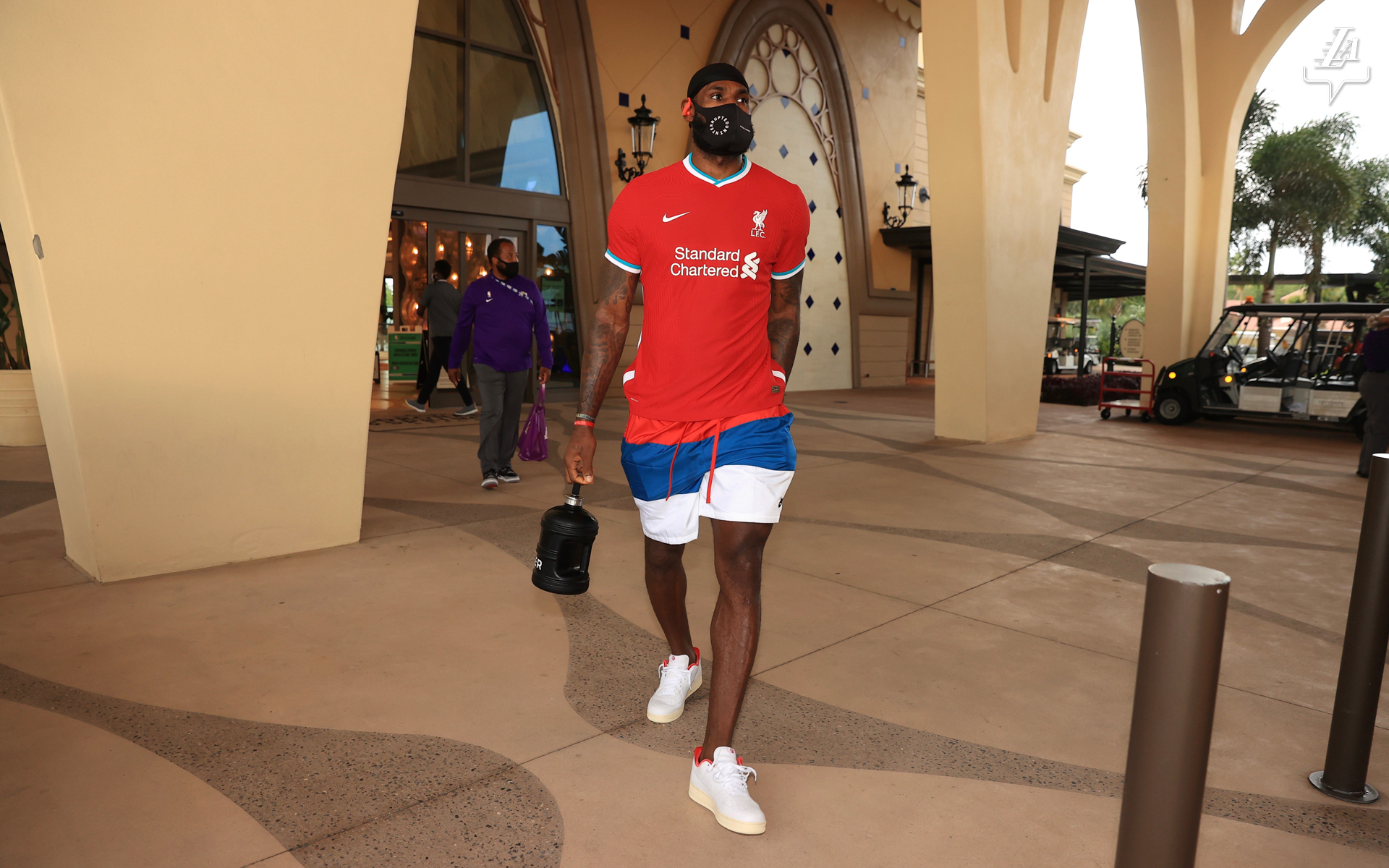 The Lakers may have lost the game, but their star man was the centre of attention in his red shirt.

LeBron is a minority shareholder of Liverpool and has been seen sporting LFC merchandise in the past, but his cool $1b sponsorship deal with Nike aligns the two brands perfectly and marketing men in suits will be rubbing their hands with glee on both sides of the pond.