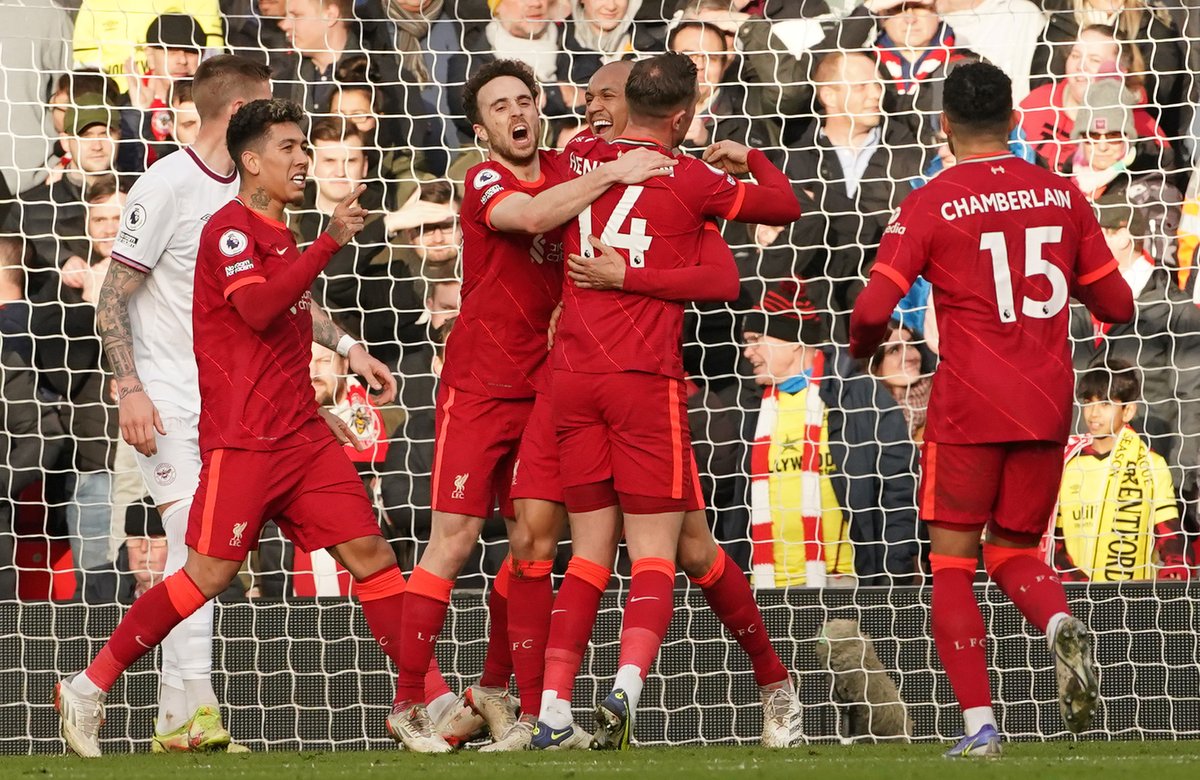 Liverpool returned to second place in the Premier League with a 3-0 victory over Brentford at Anfield on Sunday afternoon.

Goals from Fabinho, Alex Oxlade-Chamberlain and Takumi Minamino scored in what proved to be a comfortable victory.

“It’s extremely uncomfortable to play against Brentford to be honest,” admitted Jurgen Klopp after the game. “They usually play differently but the way they play against us is really difficult.

“There were so many moments where the ball was in the air and the moment it was on the ground we had to start playing football. It was not always fluent but that’s how it is very often, the set-pieces can be the opener. That was the case today. We could have scored maybe before, but then the next two goals were outstanding.

“The set-pieces were really good today. You need patience. You cannot lose focus or get sloppy. You have to stay full of desire even when you don’t find direction. We had to switch sides, play it quick and all these kinds of things. We really controlled it in the second half. That’s good.

“They changed and took more risks. They had more players between the lines. We had two situations where we struggled a little bit with it. That’s how it is. You have to adapt. That’s what happens. We adapted to that really well and from that moment, controlled it.

“Everyone is invited to score goals obviously always but the boys did really well. They worked extremely hard, that’s what you have to do. You have to go for it and the boys did that.

“Unfortunately Alex Oxlade-Chamberlain rolled his ankle. I hope it’s not serious but that was a shadow on the game.”