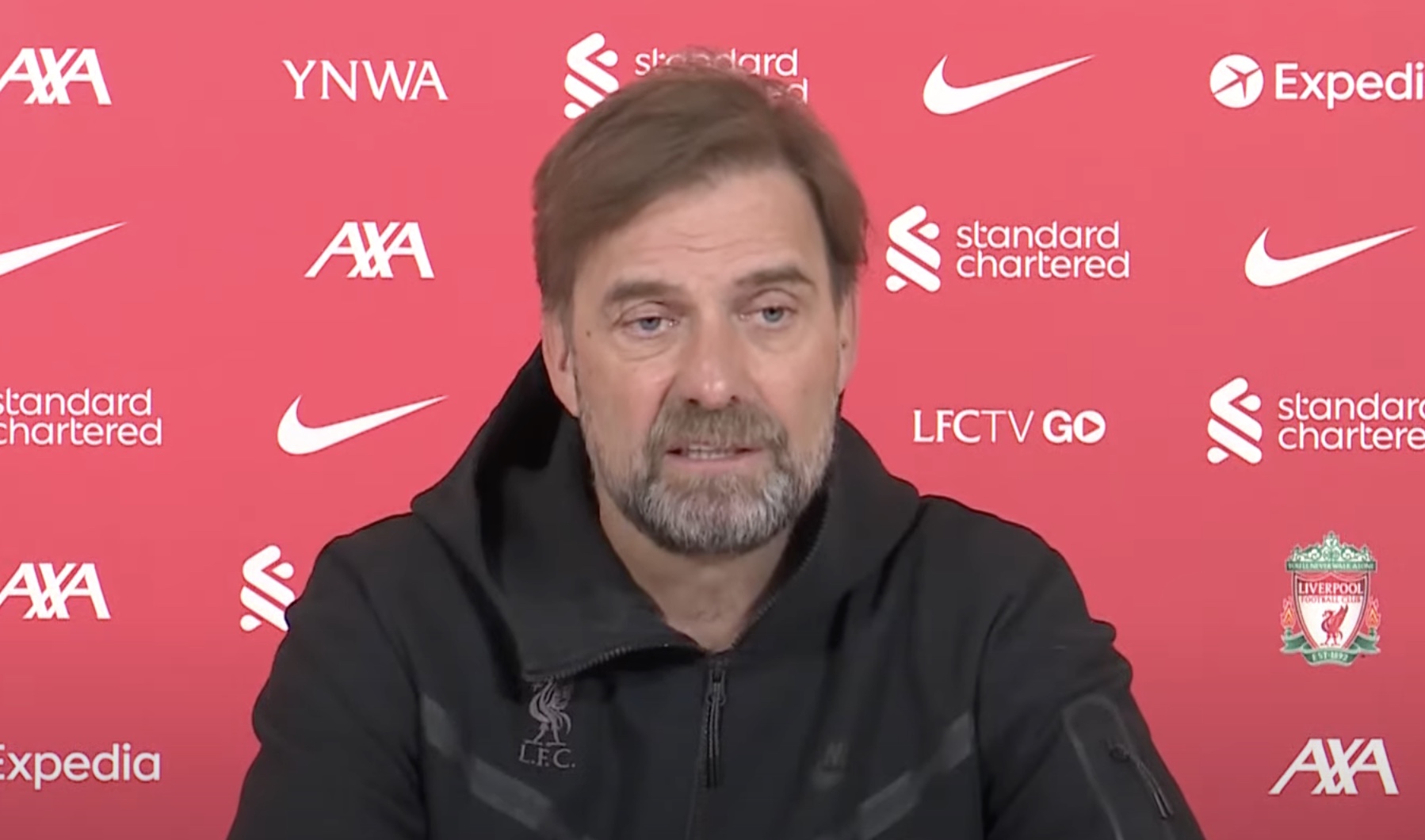 Man City host Liverpool at the Etihad on Sunday in what many are calling the Premier League title decider, but Jurgen Klopp doesn’t think so.

“It does happen when two top teams face each other but I think our history with City shows that very often it’s a pretty interesting watch because both teams really go for it,” he said in Friday’s press conference. “That’s why I expect an interesting football game, to be honest.

“If we win we are two points up. If anybody thinks that is done and dusted with the league then I can’t help.

“If we lose we are four points behind. If anybody thinks that’s it then I cannot change that, but I know nobody from City’s point of view will think it like that.

“If it’s a draw we are one point behind, that’s it, so a very important game and I’m really looking forward to it.”