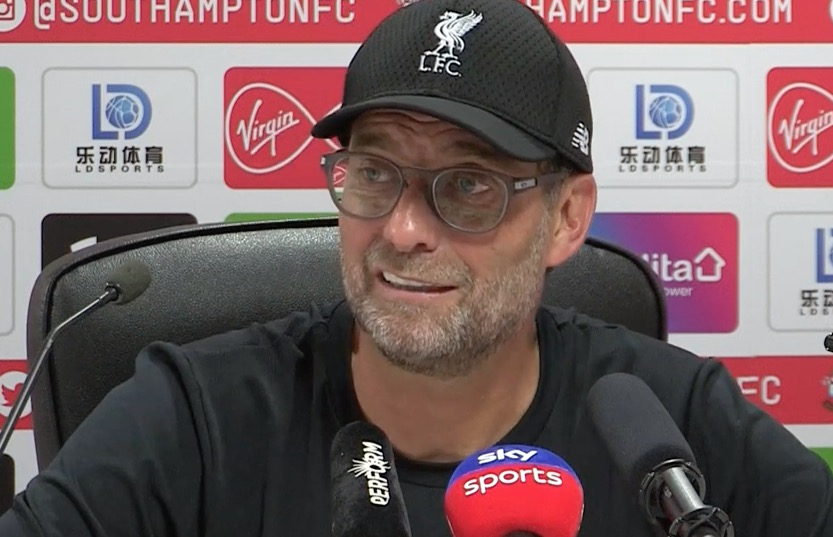 Jurgen Klopp breathed a sigh of relief after Liverpool claimed a valuable three points in a 2-1 win at Southampton on Saturday afternoon.

Despite goals from Sadio Mané and Bobby Firmino either side of half-time, the Reds still looked a little jaded from their midweek travels to Istanbul for the Super Cup Final.

Adrian was fit to play, despite picking up an ankle injury during the celebrations in Turkey, but it was his error in the final minutes of the game that almost saw former Liverpool man Danny Ings claim a late equaliser. Fortunately for the Reds, he missed.

Klopp brushed the error aside in the post-match press conference, likening it to Alisson’s early mistakes for the club after he joined last season and admits the team were tired but deserved the three points.