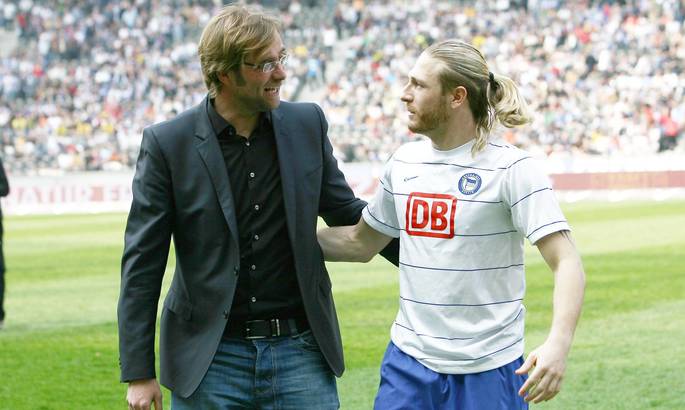 The German managed the former Liverpool forward during his time at Mainz, four years before Rafa Benitez signed him on a free transfer from Bayer Leverkusen.

Vorinin, now 42, failed to live up to his reputation, scoring only 5 goals in his 27 appearances over three years for the Reds and was shipped off to Dynamo Moscow in 2010, where he is now assistant manager.

“Actually, I was a little unfair. In my first year as coach, I think my first full season as coach especially, I would always only sub him on. And then Andriy came to my room during the training camp and asked, ‘Kloppo, why do I never start?’

“He replied, ‘Fair enough!’ And he carried on not starting.”