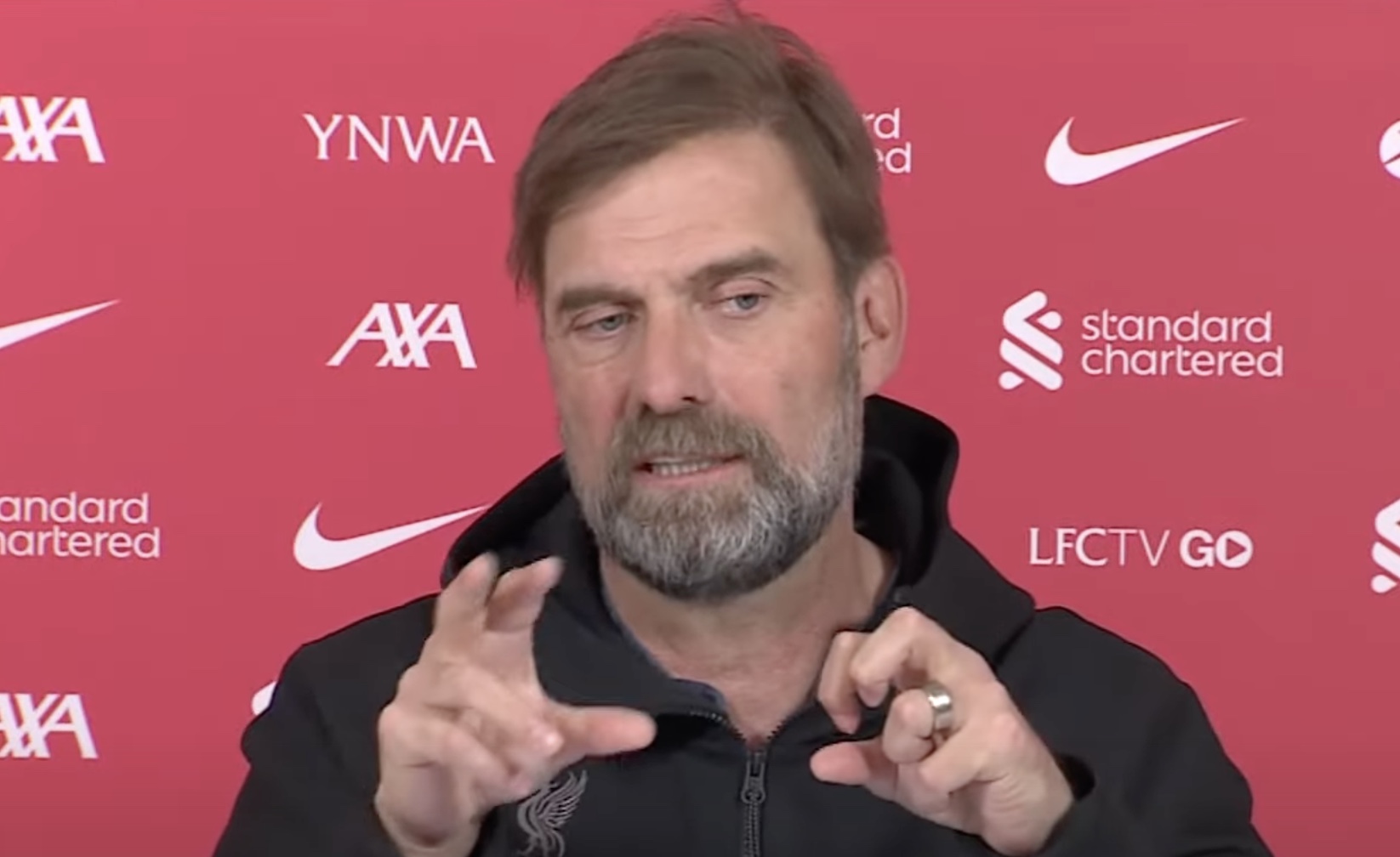 Jurgen Klopp’s pre-match press conference ahead of Saturday evening’s Premier League clash with Tottenham was, as expected, dominated by discussion about Man City’s collapse in the Bernabeu on Wednesday night and settling scores with Real Madrid in the Champions League final in Paris.

“I think everybody was ready to switch the television off and then all of a sudden part two started and that was really harsh I can imagine,” he said of Real’s comeback in injury time. But now, Pep Guardiola’s men can focus solely on the Premier League and that makes it even harder for Liverpool to win the title.