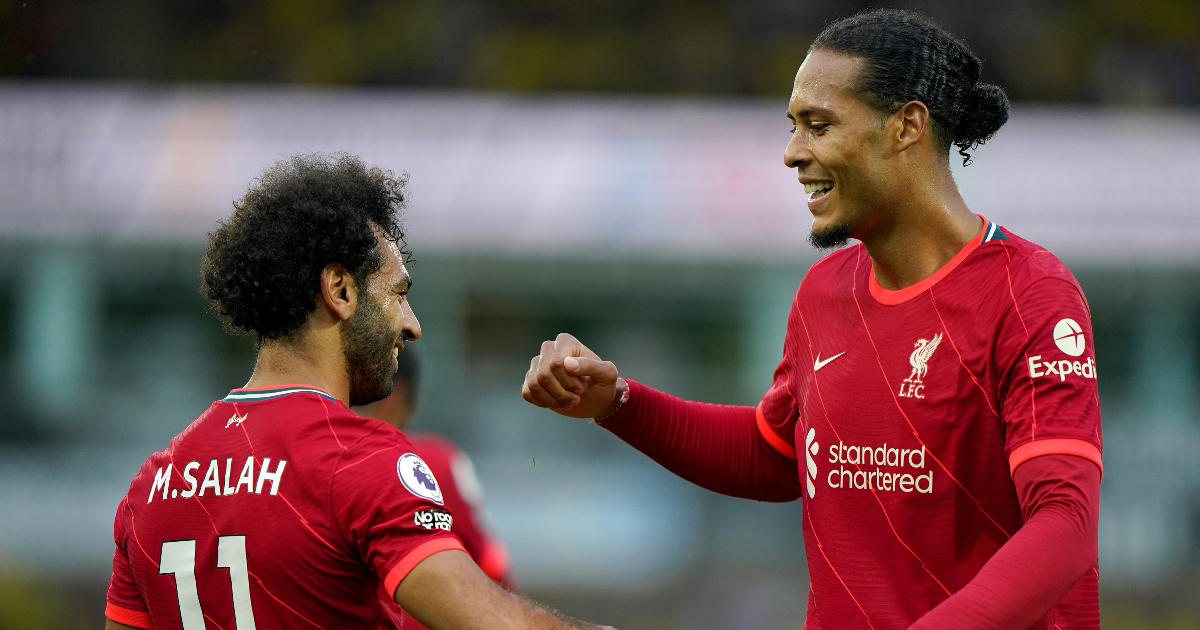 Virgil van Dijk‘s return to competitive action for Liverpool went well, as the Reds romped to a 3-0 win at Norwich City.

The Dutch defender had been out of action since his knee injury back in October last year and manager Jurgen Klopp was delighted to have him back at the heart of the defence.

“Nobody knows, not even himself, if he is at 90% or 95 fitness-wise for where you can be, but from a form point of view, it is different,” Klopp said after the game at Carrow Road.

“Each game helps obviously and it really helps him. It was really good to see him on the pitch, especially when defending set-pieces, he looked really good.

“Offensive set-pieces, we have two monsters with Joel and Virgil, they are really good in the air.

“We scored from a second ball, I think Mo’s goal was a brilliant routine, really.

“We got the opponents in that area and finished it off, so yes, it was nice to have him back.”