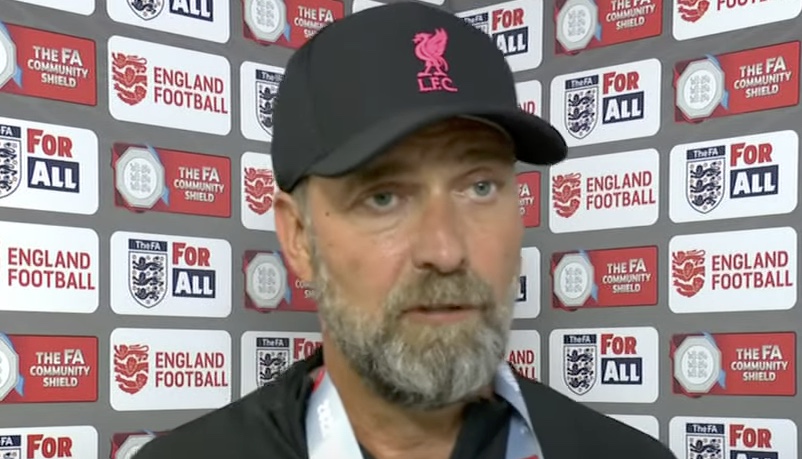 Liverpool boss Jurgen Klopp was delighted with his team’s Community Shield victory over Man City, but isn’t getting carried away and expects next week’s Premier League opener against Fulham to be a very different game.

“It was full of intensity in this game, unbelievable,” he said after the match. “I thought two teams played a really good game. Two teams far away from their best but made of what we had available today, so absolutely incredible.

“It was the best possible start we could have, but now we have Fulham. We know we are not in a bad shape, so that’s what we have to show again but its a completely different game.

“We now have a full set of the English medals which is actually quite cool.”