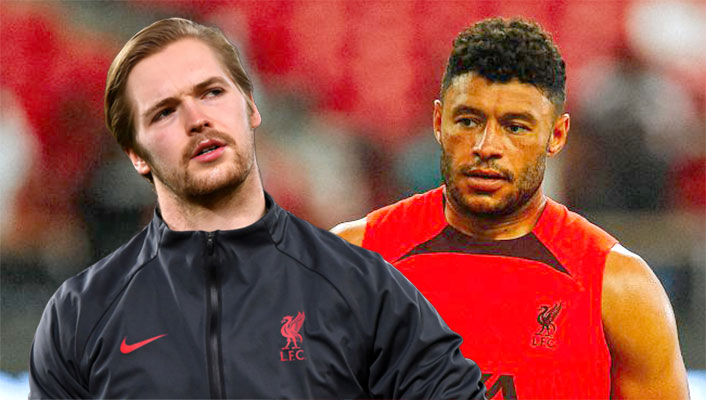 Jurgen Klopp has given us an update on the fitness of Caoimhin Kelleher and Alex Oxlade-Chamberlain.

“Caoimh felt something after the international game and everybody, the medical department there, told him it’s fine and will be good after holiday,” said the Liverpool boss.

“He came back and first training felt it again. We checked it and it was not good so I think Caoimh will be another two, three weeks and then he should be fine.