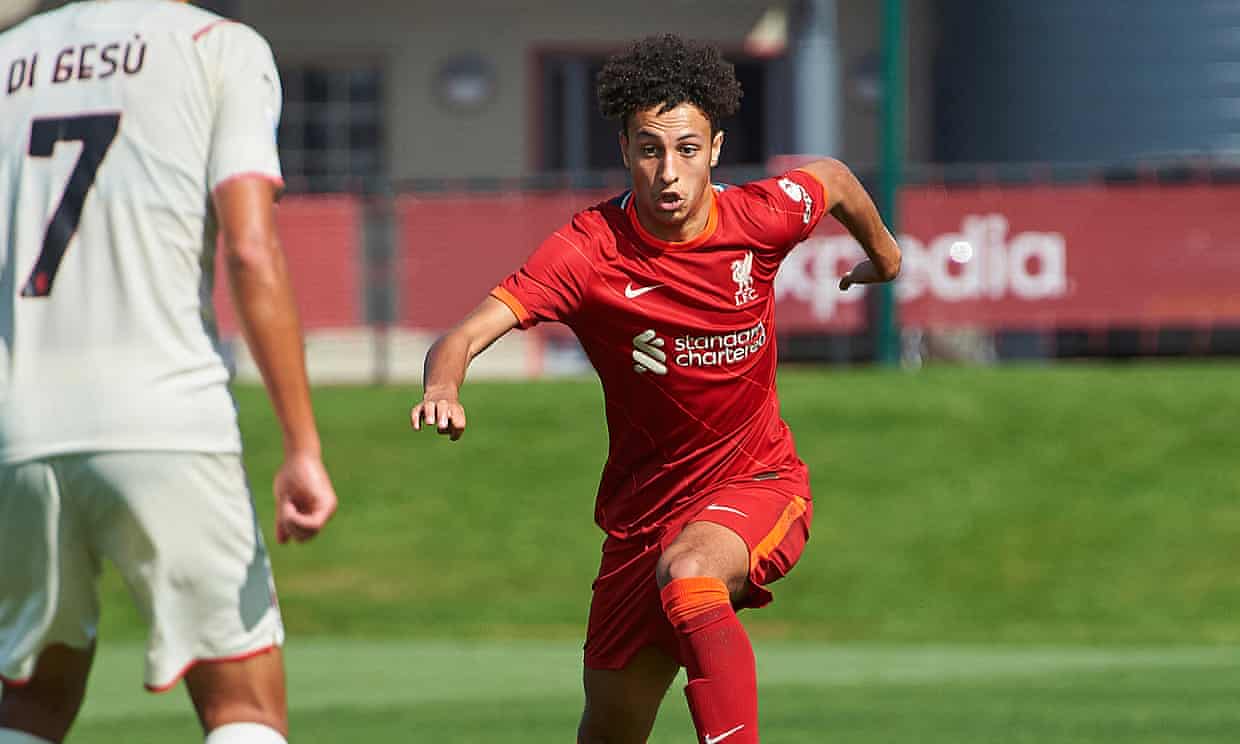 16-year-old Kaide Gordon is expected to make his Liverpool debut against Norwich City in the League Cup on Tuesday.

Assistant manager Pep Lijnders is full of praise for the young winger ahead of the trip to Carrow Road.

“Before pre-season we always make sure our biggest talents start a week earlier than we do,” he said. “They start with the under-23s so I went to the under-23s training ground and I saw one player who had fire in each moment that he touches the ball. He passes players like they are not standing there. I called Jürgen immediately and said: ‘Wow! We have a new player here.’

“We take all these young players to pre-season and when do you know you have a good player around you? It is when the senior players start taking care of this young player. So when you see James Milner speaking with Kaide, when you see Trent becoming like a proper mentor to him, when you see all the boys invite him to sit at the table, that made it good for him to adapt to our team and our style.

“He is what you see a lot with these wingers but he has a goal in him and he has this natural ability to be in the box between the posts to score even when a cross comes from the opposite side. Not many talents have that. They maybe have dribbling skills but they don’t have that desire to shoot, to come in the box, to score. He is a typical Liverpool Football Club winger in my opinion because he has goals and he has speed. We really like him and really like that he is with us.”