How to stop Erling Haaland 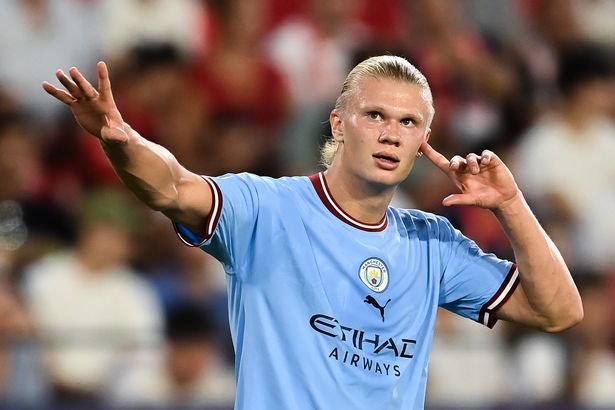 Liverpool host Manchester City on Sunday and the challenge for Jurgen Klopp’s side will be to stop Erling Haaland from running riot.

The 22-year-old Norwegian striker has bagged 20 goals already so far this season after his summer move from Borussia Dortmund and doesn’t look like he can be stopped, but Virgil van Dijk thinks he knows how to handle him.

“He’s been on fire, you can’t say anything else,” Van Dijk told Manchester Evening News.

“I remember after the Community Shield where a lot of people have been writing him off and I remember I was saying, ‘listen, this guy is going to cause so many defenders nightmares’.

“We have to try to stop the balls going to him, defend at the highest level, and be at our best, and that’s what we always have to be against City and that’s not going to be any different on Sunday.

“It’s something we should look forward to, it’s definitely not me against him, it’s all of us versus all of them. It’s the outside world that creates battles, one versus one and all this stuff.

“We want to stop them scoring, regardless of who it is on the pitch. But we know he’s quite good.”