HomeNewsHow do we deal with the Thiago crisis? 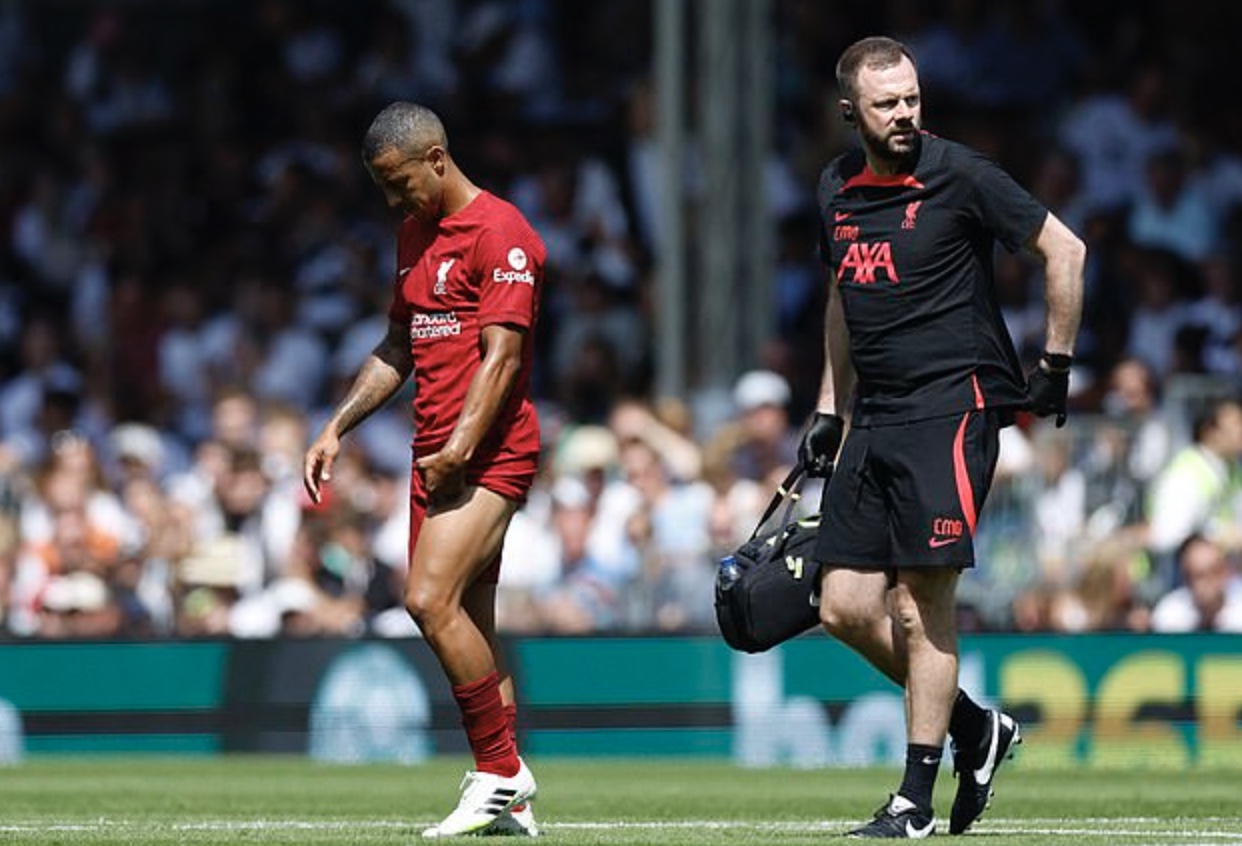 It has been confirmed that Thiago Alcantara‘s hamstring injury that he picked up in Saturday’s Premier League game at Fulham will rule him out for six weeks.

Liverpool boss Jurgen Klopp insists he’s not going to panic ahead of the transfer window closing, but surely a new signing shouldn’t be ruled out.

In an ideal world we would get Jude Bellingham, but Borussia Dortmund have dug their heels in and refuse to do business this summer after already losing Erling Haaland to Man City. It looks much more likely that an agreement has already been made to sign Bellinham at the end of the season and this may be why Liverpool will hold back on buying a midfielder right now.

Instead, the club may try to get by with the squad we currently have. Unfortunately, Jordan Henderson is getting older, Naby Keita is too inconsistent and Fabio Carvalho is unproven. Harvey Elliott would need to be able to step up and Fabinho remain injury-free. Curtis Jones is also currently out for up to four weeks with a calf injury.

In a season which is split into two because of the World Cup, with games coming thick and fast, it’s going to be difficult to get by with what we have and a big risk trying it. It’s quite possible that Thiago will suffer further niggling injuries later in the season and we can’t rely on Henderson going all season without any issues.

Inter Milan’s Marcelo Brozovic and AC Milan’s Ismael Bennacer are the latest in a long list of names being linked by hand-rubbing agents. Taking Gini Wijnaldum back from PSG on a season-long loan would have been a no-brainer, but instead he has gone to Roma on loan. Maybe moving Trent Alexander-Arnold up into midfield may be worth trying?

Either way, it’s going to be a tough few weeks ahead for Liverpool.