Has Darwin Nunez learned his lesson? 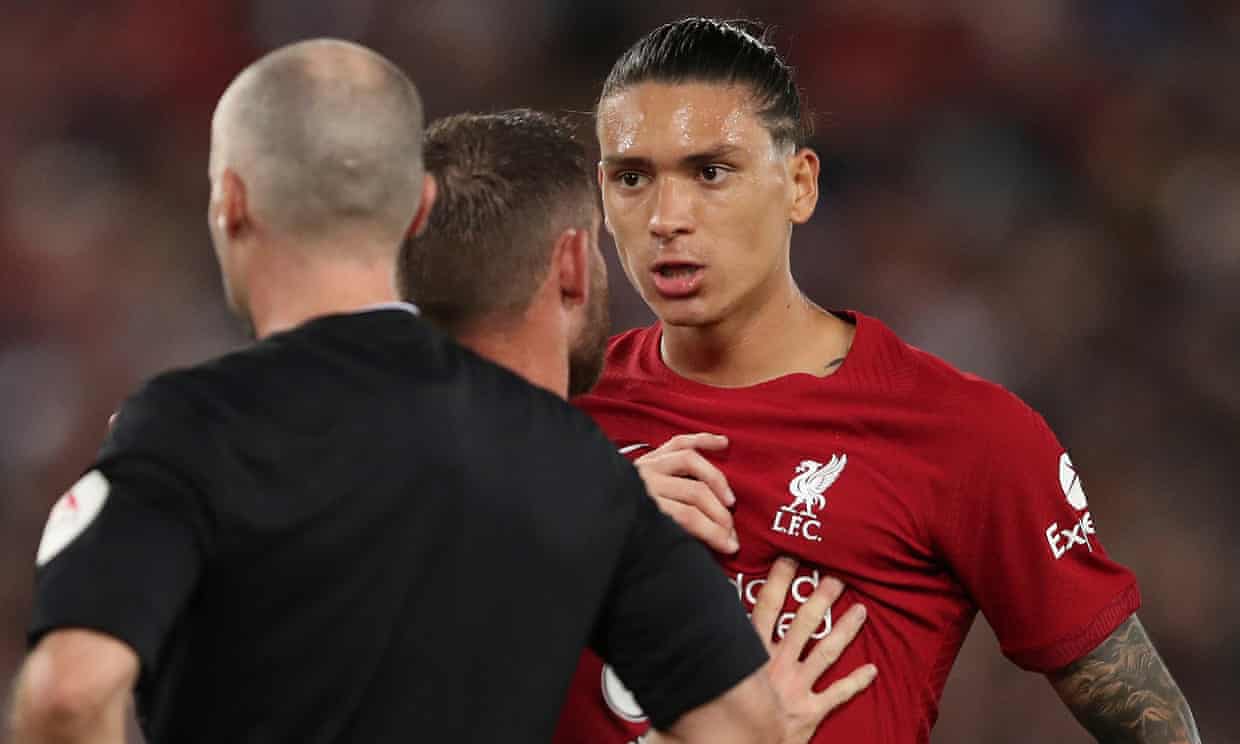 Liverpool’s new striker has admitted he is finding it hard to adapt to English football.

Speaking to TNT Sports Brazil, Darwin Nunez revealed: “The truth is that it was a little difficult to adapt but I believe that, as training and games go by, I will adapt little by little.”

It didn’t take long for critics to draw comparisons with Liverpool’s previous hot-tempered Uruguayan, Luis Suarez. Nunez was red-carded after headbutting Crystal Palace’s Joachim Anderssen in only his second game of the season.

“I was suspended for three games, I know I made a big mistake and now I’m aware that it won’t happen again.

“I have to calm my nerves during the games, talk less. We all make mistakes and I know it will serve as a learning experience.”

The 23-year-old clashed with an opponent during Liverpool’s 2-0 win over Rangers on Tuesday night and was fortunate to have only received a caution. Thankfully he calmed down and put in an impressive performance during the game.