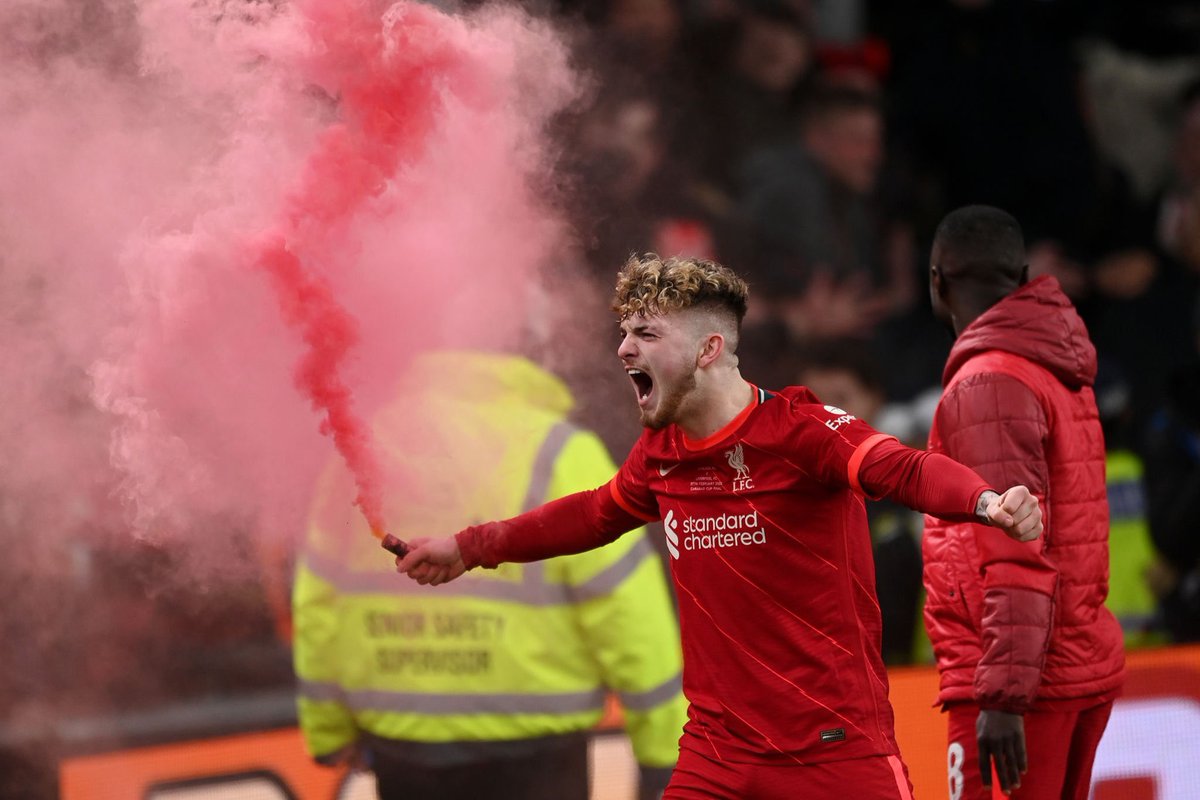 Harvey Elliott has reportedly been contacted by the FA regarding his post-match celebrations after Liverpool won the League Cup at Wembley on Sunday.

The 18-year-old was seen waving flares as the players celebrated after winning the penalty shoot-out against Chelsea.

The FA have now asked Elliott for an explanation as they investigate the incident, as flares are banned within the stadium.

Earlier, Liverpool boss Jurgen Klopp had his say on the events, putting what happened into perspective.

“Harvey is a very young man on the pitch and outside it he is more of a young boy,” he said. “But that’s not a problem, he made a mistake.

“And because of his responsibility as a role model working in public I can understand 100% I will tell him not to do it again. But do I think it’s the worst thing in football? No.

“I got carried away and I’m nearly four times older than him, so it can happen.”