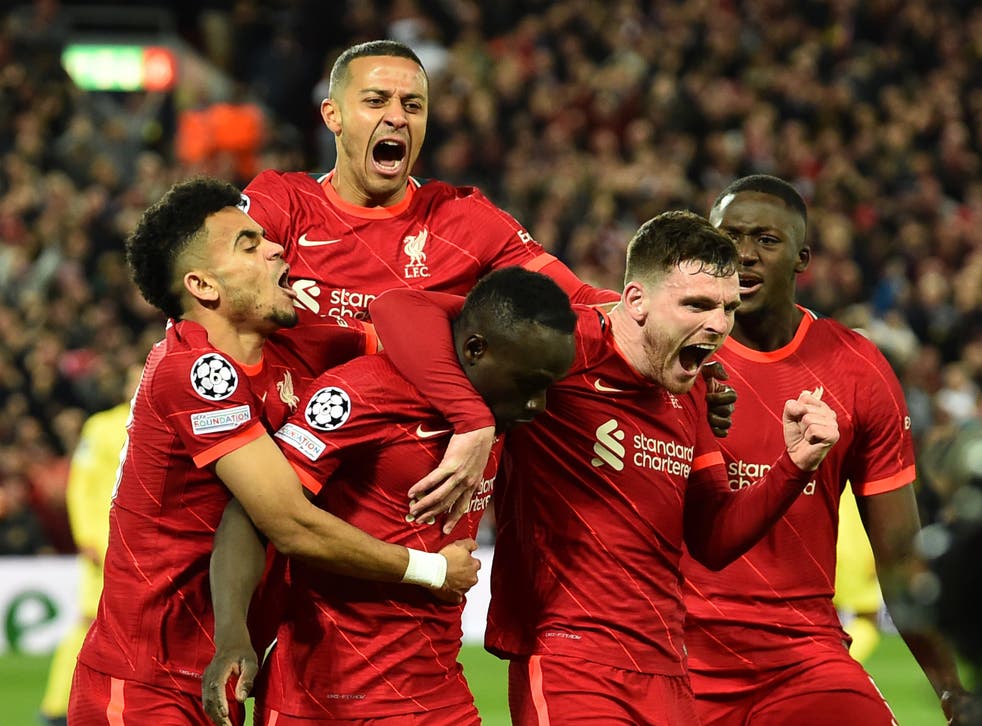 It speaks to the levels that Liverpool are playing at this season that a 2-0 victory in the first leg of a Champions League semi-final still somehow feels like a step below full speed. Part of that was due to their opponent, which came to Anfield in a similar vein as Everton, though not nearly as blatant. For Villarreal, they knew they’d have to absorb pressure and attempt to sneak in some chances on the break. Those opportunities never presented themselves and it leaves quite the quandary for the second leg: do they dare take the game to Liverpool or do they continue on with their usual pragmatic approach and hope Liverpool drop off? A tall task either way to be sure but the job is far from done yet from either side’s perspective.

If Liverpool were a finely tuned rock band under Klopp, Thiago is a jazz musician, a technician of the highest order and one who is capable of the unpredictable. When he first signed, there was a bit of chatter about whether he’d fit into the Liverpool squad which had a very solid setup. Replacing the departing Gini Wijnaldum meant we were losing someone with the energy and occasional goal-scoring ability he brought but what they have now in Thiago is someone who sees passes minutes before they develop. It took a season for all sides to understand what the others were capable of but watching it now, the harmony is apparent. Game after game he has been the standout player in midfield and given them a dynamic that can unlock even the most stifling defence.

In previous years, games and gameplans such as the Villarreal and Everton approach would have frustrated Liverpool to no end. Indeed, I can recall games away to sides where their only goal was to close up shop and walk away with a nil-nil draw. What’s different this season is a mix of the guile and experience the team has accumulated and also, a fully fit and firing Thiago in the centre of the field. His vision and rhythm give Liverpool that extra bit of edge that they haven’t had for several years, an ability to pick a pass or just up the tempo at the right moment and cause a very resolute defensive block into a mistake or two.

As the season rounds into May, it is frankly unbelievable that Liverpool are still very well placed on all fronts. Though Klopp and company are loathed to talk about it, the quadruple is still very much on. In seasons past, talk of one trophy a year would have been satisfying. That they finally won the Premier League and a recent Champions League have unlocked a freedom of play that the entire club clearly relish now. These are the good times and it’s so apparent everywhere in the club, with everyone looking to play for one another. It’s gone extremely quiet on the unrest front when it comes to squad minutes and rotation, as the baton has been passed from Salah early to Jota to Diaz and now Mane is a man on fire. All of them continue to link up and interchange to such a high level that when any of them go scoreless, the fans and commentators are shocked by it.

Such are the levels right now within this club. The job is certainly not over and Jurgen is too canny a manager to let his team think they can just assume passage to Paris is booked. Rather, their eyes now return to the immediate game in front of them, a match with a resurgent Newcastle before they can even begin to dream of the return leg. Whatever the outcome is in the next game or indeed the next few weeks, Liverpool have shown they are ready to match wits with any formation or game plan thrown their way. The consistency within the performances is a joy to behold and while the final verdicts are yet to be written on the season, having it all to plan for still is exactly where this club and all of us fans want to be. Such is the level of standards that have been set and right now is the time to get greedy and become immortal in the history books of the sport.