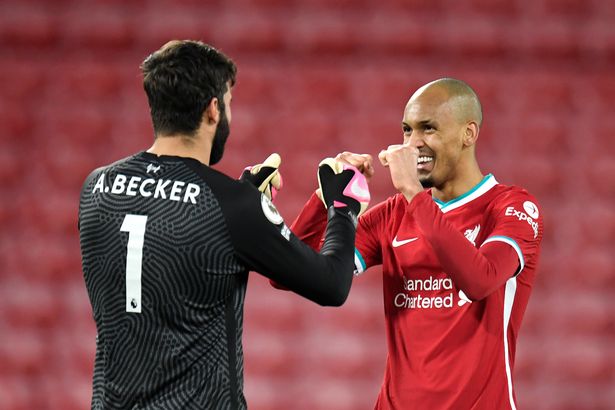 Alisson Becker, Fabinho and Roberto Firmino have been cleared to play for Liverpool at Leeds United on Sunday.

FIFA have lifted their ban on Premier League players not released to play for their South American countries in World Cup qualifiers last week, after Premier League clubs refused to allow their players to travel to red-list countries.

Brazil, Mexico, Paraguay and Chile have now waived the bans after talks with football’s governing body.

FIFA said the decision was “a sign of good faith, goodwill and co-operation, based on positive signals and constructive dialogue FIFA has received from the UK government towards the international match window in October”.

“The UK government is now open to find a reasonable solution with the three organisations, who are working closely together in a spirit of mutual understanding, in the interests of everyone.”