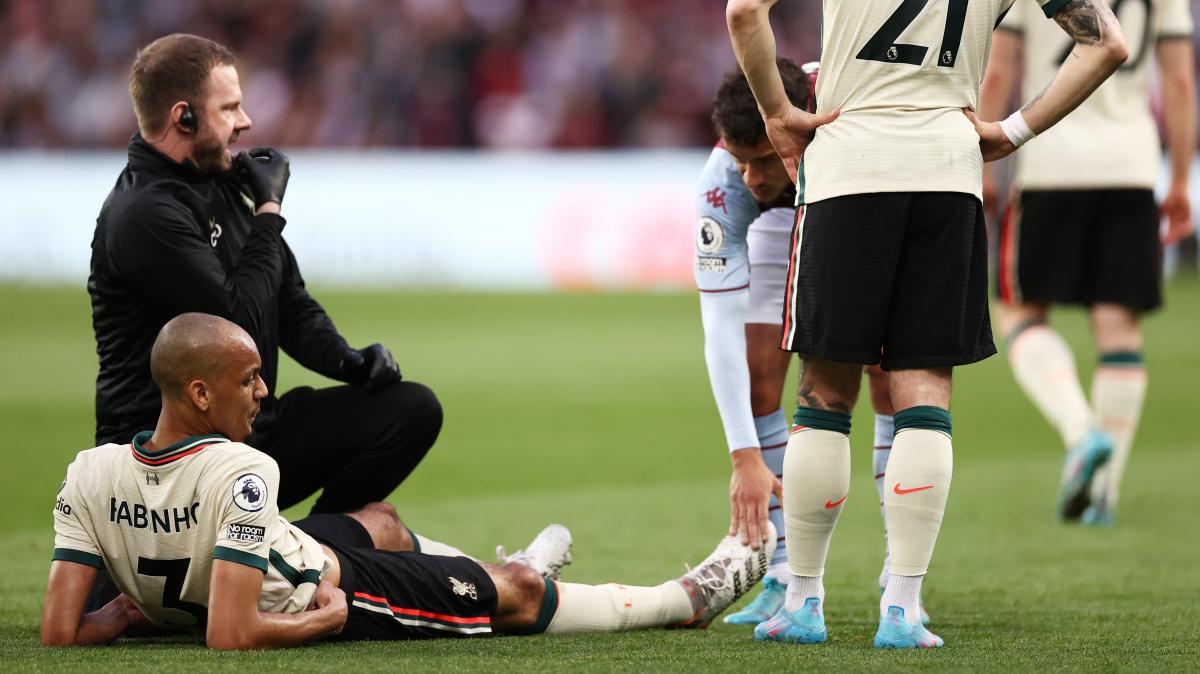 Jurgen Klopp was asked about Fabinho‘s injury and when he is expected to return to action for Liverpool.

The Brazilian midfielder picked up a hamstring injury during Tuesday night’s Premier League clash at Aston Villa and has been ruled out of Saturday’s FA Cup Final against Chelsea, but Klopp is confident he will be back in training next week and ready for the Champions League final in two weeks time.

“He will definitely be back for the final,” said the Liverpool boss. “Fab is a professional, he was obviously not happy about it – that is clear – but he took it and has taken on the fight against time.