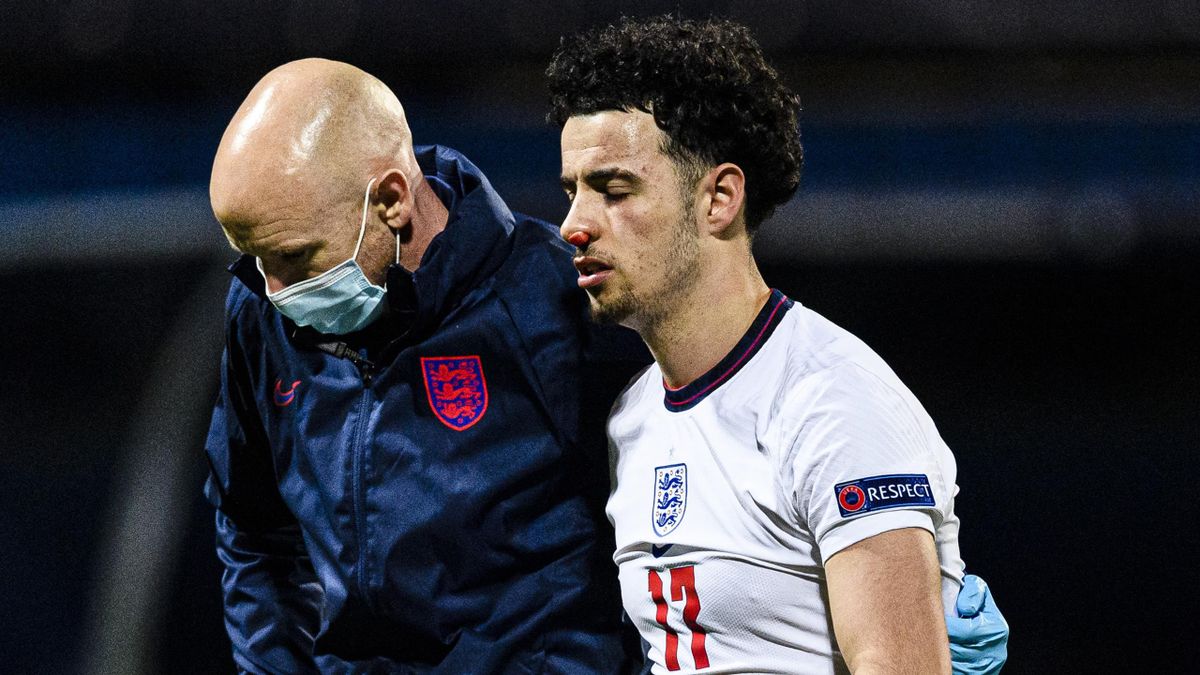 Curtis Jones was sent off after tempers flared during England Under-21’s European Championship game with Croatia.

Despite winning the game 2-1 Aidy Boothroyd’s team failed to qualify for the quarter-finals and Curtis Jones picked up a nose bleed during the home side’s late goal celebrations.

“All their staff were on the pitch and celebrating in between some of our players and it just got a bit fraught,” Boothroyd said.

“Emotions got high. I’ve got to get to the bottom of the card. I have been unable to speak to the referee yet. I’ll find out what when on there.

“It is one of those highly emotive situations where sometimes things can happen, thankfully both sets of staff sorted it out.”