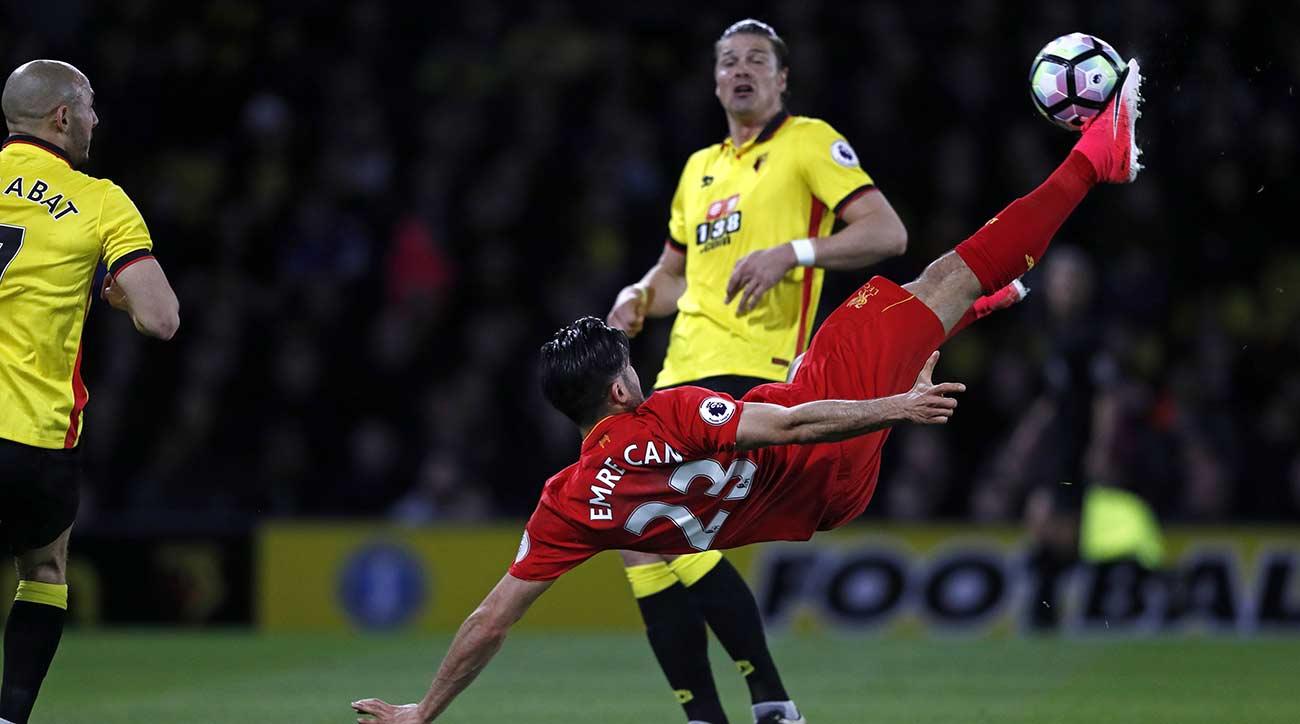 Emre Can scored one of the goals of the season as Liverpool beat a poor Watford to capitalise on favourable results in the race for the Champions League.

The Reds midfielder met Lucas Leiva’s delivery with a wonderful bicycle kick which flew into the top corner.

Watford rarely threatened, but almost snatched a point when Sebastian Prodl smashed against the bar in injury time.

Jurgen Klopp’s side know they will secure a top-four Premier League finish – and a return to the Champions League for the first time in three seasons – by winning their final three games.

The Merseyside club will host Southampton and relegation-threatened Middlesbrough at Anfield, either side of a trip to West Ham.

But the Reds watched as Manchester City, Manchester United, Arsenal and Everton failed to crank up the pressure as they each dropped points.

It meant Liverpool’s slender advantage remained intact – which even Klopp admitted he was surprised about before kick-off.

The German manager also stressed their rivals slipping up meant nothing if his side did not win their own games.

That they did, despite lacking fluency in a scrappy performance.

For much of a drab first half, during which forward Philippe Coutinho went off injured and was replaced by the returning Adam Lallana, the Reds rarely looked like threatening an organised Watford side.

Lallana, who had missed the previous five matches with a thigh injury, did clatter the crossbar with a wonderful volley after Hornets keeper Heurelho Gomes’ poor punch.

However, that was soon surpassed by fellow midfielder Can.

“It was a massive win,” said England international Lallana. “We have three games left now and it is in our hands. We must stay focused.”