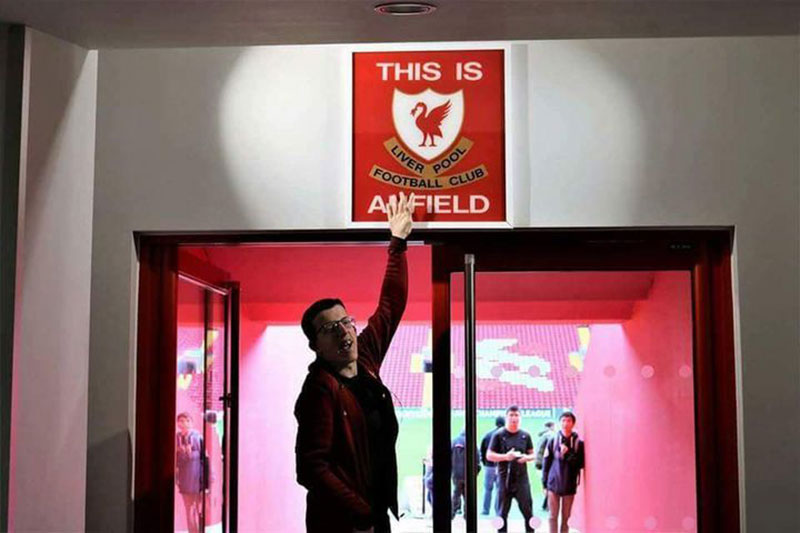 An inspirational young Liverpool fan from Ellesmere Port who suffered brain damage aged six, which left him unable to walk, is taking on a 10K walking challenge for a Chester charity close to his heart this month.

Loyd, who was born five weeks prematurely, had some minor delays in his mental development but was progressing well, until sadly at the age of six he suffered a number of seizures, resulting in brain damage.

The damage to his brain left Loyd unable to walk or talk and, to this day, the cause of the fits remains undiagnosed.

Over the years Loyd has slowly relearned to walk and talk, but he is still severely mentally and physically disabled – able to only walk short distances at a time and he occasionally uses a wheelchair as he tires easily. 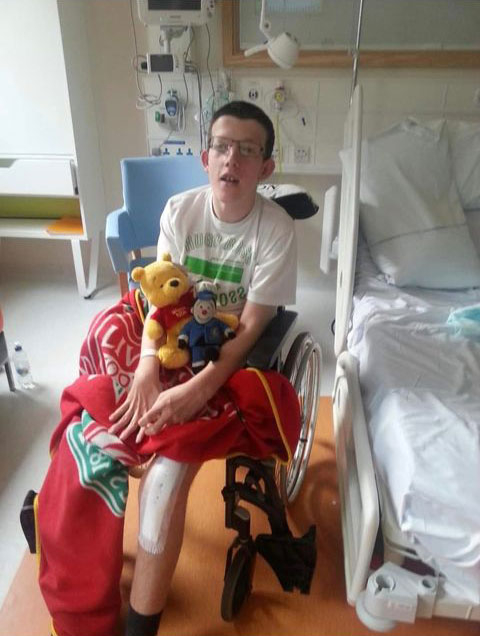 In 2016, Loyd underwent multi-level surgery on both legs to help straighten them. He also has a leg discrepancy and therefore requires a built-up shoe and attends the podiatry clinic every six weeks.

The last year, throughout the pandemic and lockdowns, has been really tough for Loyd, as he’s not been able to attend college and all his sporting activities that he loves, like football and boccia aren’t on at the moment. He’d even been selected to take part in the special Olympics in Liverpool, but unfortunately that was cancelled.

You may recognise Loyd from meeting and interviewing Jurgen Klopp quizzing him about his favourite holidays and drinks !!!

Loyd’s charitable escapades don’t end with challenging himself physically either, as mum Helen explains how since learning about the problems concerned with plastics in the ocean: “He’s been going out litter picking in our local area to help keep the streets, and ultimately oceans, clean!”