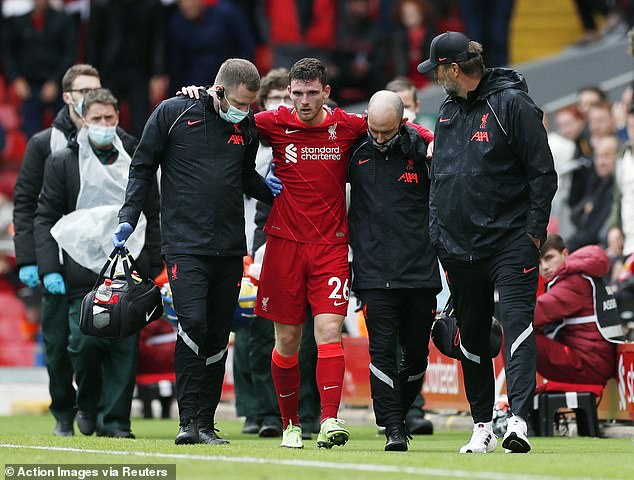 Liverpool have drawn 1-1 with Athletic Bilbao in their pre-season friendly at Anfield on Sunday afternoon, with Diogo Jota getting on the scoresheet for the Reds.

But the biggest concern was the ankle injury to Andy Robertson just before half-time.

The defender was able to walk off the pitch and was replaced by Owen Beck in the second half.

It is too early to know the extent of the injury but it is almost certain he will miss the Premier League opener at Norwich City next week.