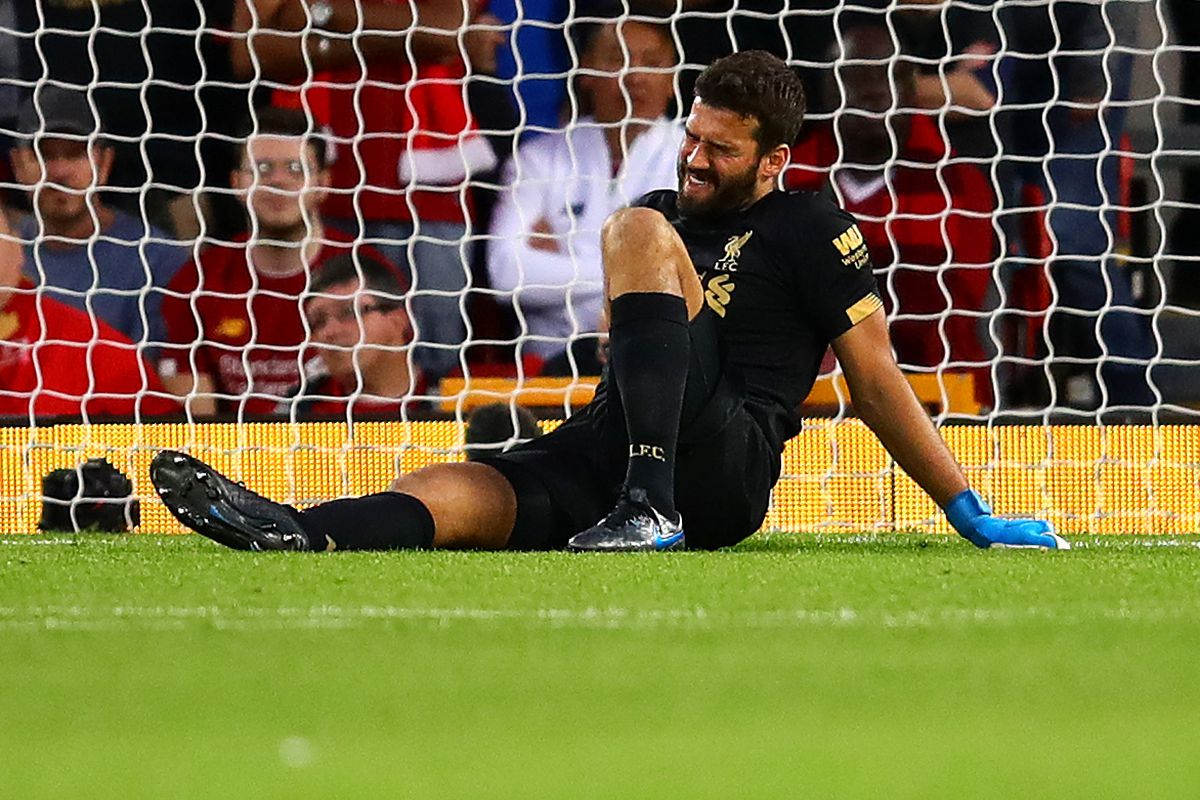 Alisson Becker won’t travel to Denmark with Liverpool for their Champions League clash with Midtjylland.

The Brazilian keeper has missed the last two games after picking up a hamstring injury during the 1-1 draw with Brighton on 28th November 28.

Academy graduate Caoimhin Kelleher has impressed during his absence and will continue in goal ahead of second-choice keeper Adrian.

Jurgen Klopp has revealed that none of the injured players will travel with the squad for Wednesday night’s game.

The Reds have already qualified for the knockout stages and Klopp is expected to give the youngsters another chance to impress.