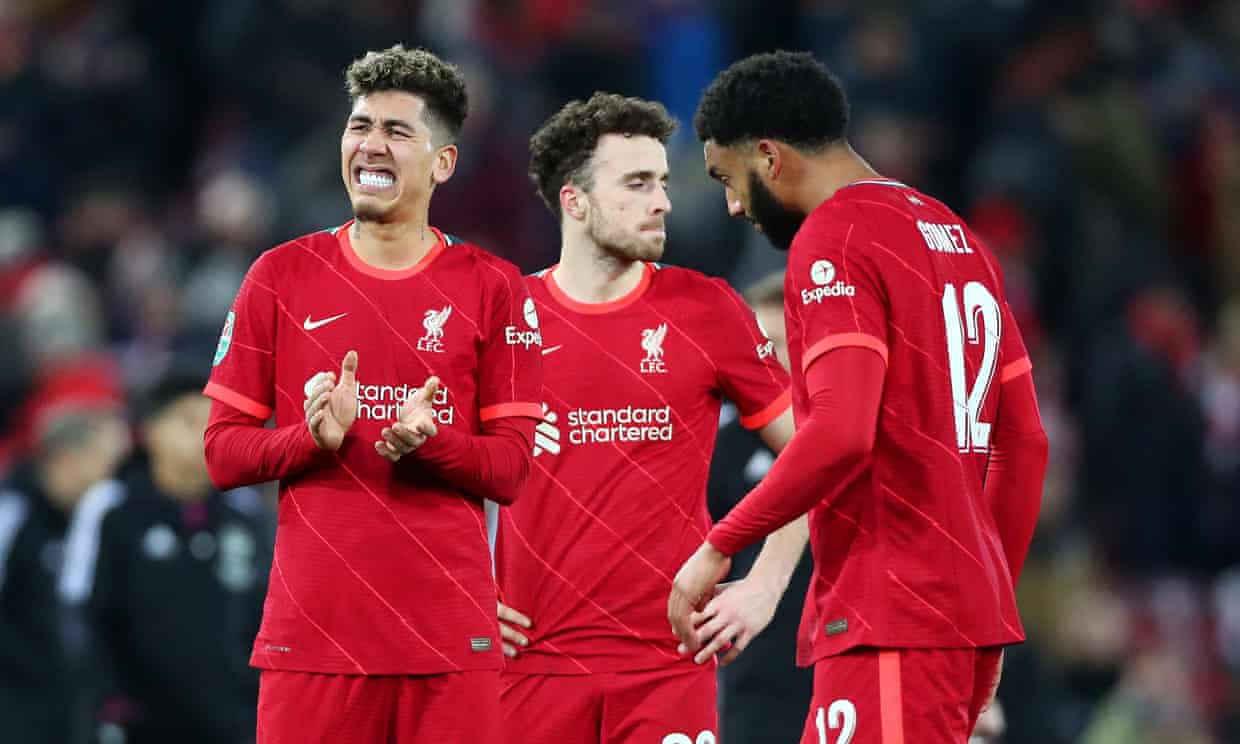 It all seemed poised for Liverpool this evening. Fielding just about their strongest available 11, Arsenal licking their wounds from a recent Cup exit, and 20 minutes in Xhaka doing what he seems addicted to doing. Up a man now and at Anfield, everyone expected this would become one-way traffic for the Reds. For most of the match they did indeed have possession and time and time again seemed one pass away from unlocking Arsenal. Yet, the breakthrough never came.

I mentioned that the tempo against Shrewsbury seemed slow and once more pace was introduced the team started to go their gears. Tonight, however, pace wasn’t the issue. It was the very thing that fans have been dreading since AFCON started: finishing. Minamino, who was bright throughout, had an absolutely glorious chance as the minutes faded away and somehow skewered it high.

It’s of course impossible to say that Salah would have taken that chance, but one thing that is almost certain is that he and Mane would have put shots on the goal. Perhaps the most damning stat of the night is that Liverpool only managed one meagre shot on target the entire match. In fact, the best chance of the entire game went to Arsenal through Saka who was very nearly clean through and stopped only by Alisson’s timely intervention.

Full marks must go to Arsenal and Arteta for resetting their team twice in the first 25 minutes. First when one of their defenders Cedric left the match after only 11 minutes and then again after Xhaka’s madness. They didn’t quite park the bus as at times they still had runners going forward but their defence made Liverpool’s job that much more difficult.

Cracking a stoutly-packed defence has long been one of Liverpool’s greatest weaknesses. Klopp and the Reds love a wide-open game, where the chaos can turn into their greatest advantage and they can overload one side or the other and ping in crosses. However, when a team is forced to have almost everyone behind the ball at all times, it becomes a game that requires more patience and precision. Time after time Liverpool probed and swung the ball from side to side but Arsenal kept their shape.

TAA had an uncharacteristically poor game in terms of his delivery as his corners and crosses seemed to be lacking that little extra venom that make him one of the world’s best. Missing that, the game required someone like the absent Thiago who could find the through ball to unlock the door that Arsenal continued to keep shut.

With a full 90 minutes at least left to play, all is certainly not lost, but Klopp and company will rue the opportunity missed. No doubt the squad must find ways through this sort of setup. All fans will hope that this new look attack can find its shooting boots with a game against Brentford on the weekend before the return leg of the cup tie. Creating chances has never been Liverpool’s problem, but absent Mane and especially Salah, the question remains who will cash them in.