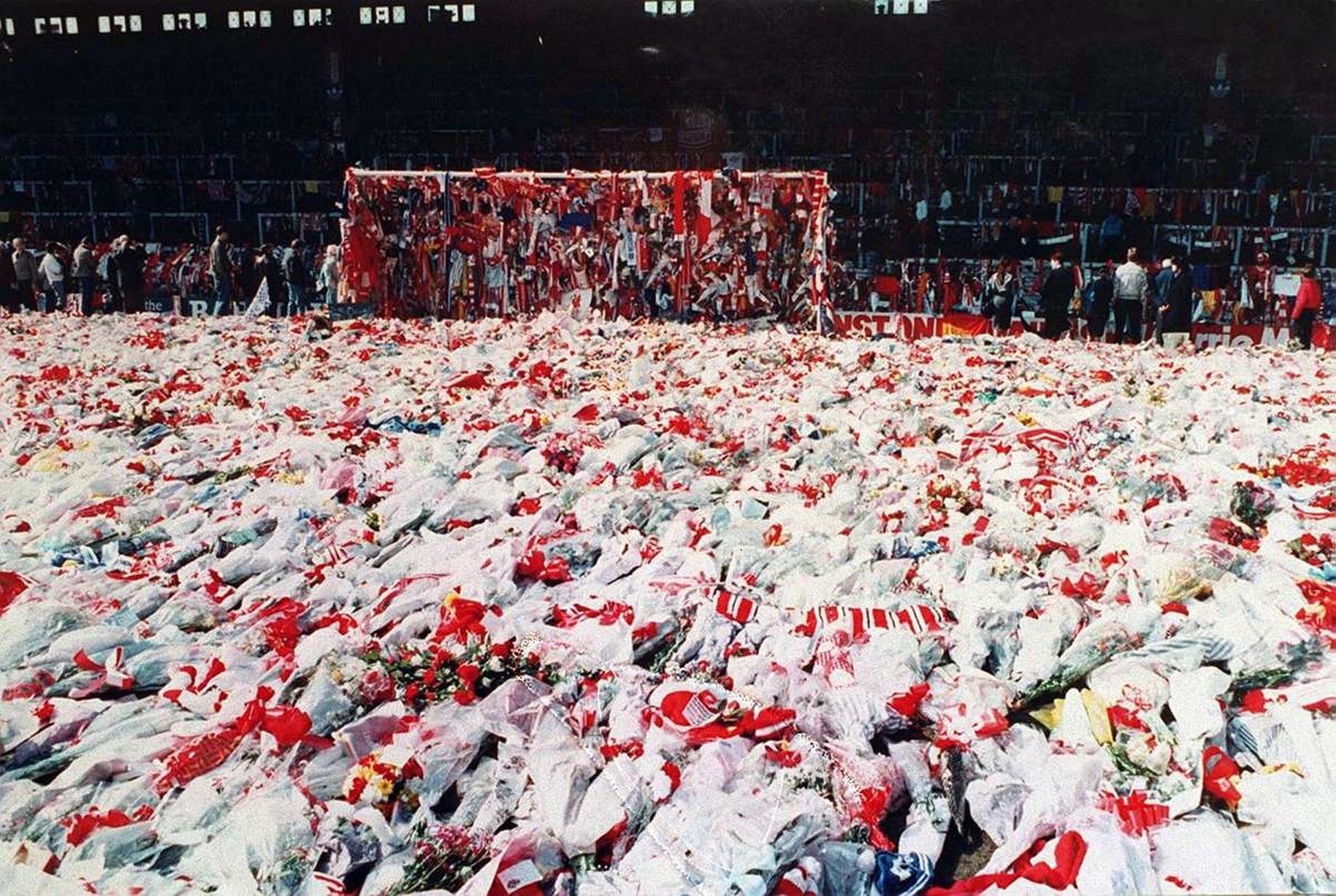 Today is the 15th anniversary of the Hillsborough disaster at Sheffield in which 96 people were crushed to death during the 1989 FA Cup semi-final between Liverpool and Nottingham Forest.

That day, the way English football was watched, presented and financed changed forever.

Hillsborough had hosted many semi-finals including the 1988 semi-final, also between Liverpool and Forest. The match program in 1989 showed a picture of a full Leppings Lane end with a paragraph that read: “As you look around Hillsborough you will appreciate why it has been regarded for so long as the perfect venue for all kinds of important matches. It is a stadium that befits such occasions and the large crowds they attract.” A year on the story was very different.

The warnings were there from the beginning. Liverpool had a larger support than Nottingham Forest yet they were allocated the smaller end of the ground. By 2.30pm a bottleneck had developed. Three gates and seven turnstiles were available to accommodate upwards of 10,000 fans. Coaches that arrived late having been delayed by road works hindered the situation further.

The 96 people who died that day died because of gross incompetence by the South Yorkshire Police. In particular Chief Superintendent David Duckenfield, who failed, perhaps through lack of experience (many blamed his inexperience of handling such big games), to realise what was going on. And who, by his own admission, “froze” when faced with a decision that took the lives of so many.

If events of that day weren’t horrific enough, the events were compounded by coverage of one of the largest football disasters in modern British history by the Sun.

The Sun’s editor of the day, Kelvin McKenzie, informed the British public of what he described as “The Truth”. Tales of fans stealing from the dead and abusing police who were trying to administer aid to the injured and dying. This, of course, was not “the truth”.

The headlines caused uproar in the city of Liverpool and beyond. The newspaper was burned in protest outside newsagents across Merseyside. The headline still haunts Liverpudlians, the families of those who died and survivors. The boycott of the Sun is ongoing and figures released showed that circulation figures in the region have never recovered from the boycott.

To add to the pain, the BBC recently sold footage rights of Hillsborough. The intention being that the images were to be used to highlight the affects of football violence.

The pursuit of justice by the families is ongoing. Battling against the lies and injustice is a daily struggle for all of those involved.

Liverpool legend Bill Shankly is constantly quoted as saying: “Football isn’t a matter of life or death. It’s far more important than that.” After reading the accounts of the victim’s families, survivors and witnesses you realise how insignificant football really is.