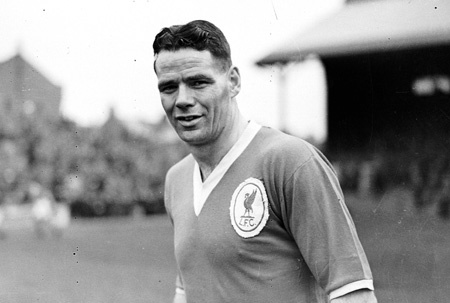 Born in Dunfermline on 10th January 1921, Billy Liddell was one of Liverpool’s greatest players.

He arrived at Anfield in 1938 as a 15-year-old amateur and became one of the best left wingers in the game.

He could also play on the right wing or centre forward, and scored a total of 229 goals in 537 games for the Reds before hanging up his boots in 1961.

During Liverpool’s dark days in the second division the club was nicknamed ‘Liddellpool’ because of his influence over the side as he was top scorer at the club for eight seasons.

Liddell and Sir Stanley Matthews were the only two players to compete for the United Kingdom sides who lpayed against the Rest of Europe in 1947 and 1955.