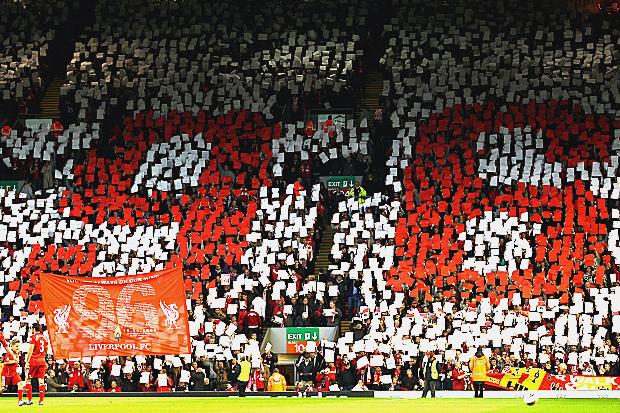 I was big and strong, so I scrapped and fought
To save my own life; well that’s what I thought.
Because inside I’m dead and it cuts like a knife
That ninety-six died and I have a life.

Ninety-six souls haunt my dreams.
The nightmares won’t stop; that’s what it seems
I wake up sweating and shivering and shouting out loud
“There’s ninety-six dead in that bloody crowd!”

I feel anger, I feel hatred, I feel guilt, I feel shame.
Ninety-six souls tell me I’m not to blame.
So why do I wake up screaming and crying
Seeing the faces of young people dying?

Ninety-six souls come to meet me each night
Taking me back to that terrible sight
“They’re to blame: Duckenfield and Murray
We’ll get justice one day. We’re in no hurry.”

I could have died that day: I know that’s a fact.
With the ninety-six souls I’ve made a pact
“When my days are up and my judgement awaits
I’ll meet you all in heaven at the Bill Shankly Gates.”