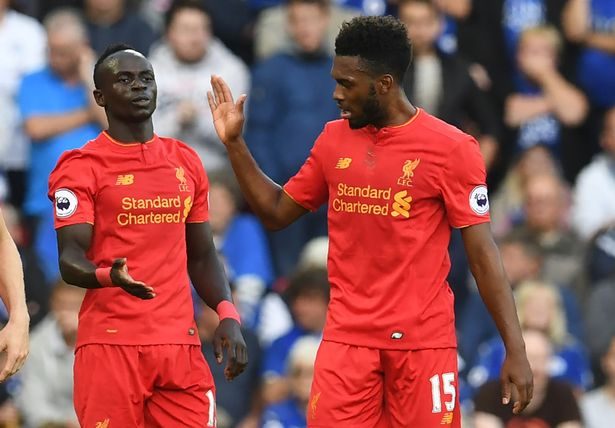 Liverpool supporters do not maintain ownership of bragging rights nor do they have the freedom to gloat for far longer than conventional Premier League contests would allow without the striker’s return to action.

The media’s continuous and, by now, mundane obsession over Sturridge’s compatibility with a Jurgen Klopp-led Liverpool makes his impact on Monday night even sweeter.

Mane has his strike partner to thank for helping him write his name in Merseyside derby folklore. There is no doubt the platform is still there for the England star to step up and play an important role for his club. A player of his class and of his caliber does not go an entire season without having a monumental say in his side’s potential title challenge.

16 minutes against Everton later and suddenly many have rekindled their appreciation for how dangerous Liverpool can be with Sturridge fit. Rightly so.

If his 94th minute strike rolls an inch wide of the post it is he that makes the headlines, it is him getting pounced on by his teammates whilst dancing in celebration and it is his undeniable talent that everyone is bowing down to once again. Mane is a star and has been a sensation but a Sturridge winner would have been perfect.

Treating Mane’s departure for the African Cup of Nations in January as Sturridge’s ideal opportunity break back into the team would be a disservice to his value to Klopp’s squad. Regardless of what is said about him, his talent hasn’t disappeared overnight. He still carries a threat and is more than equipped to earn his place rather than be gifted one.

There is no guarantee that Philippe Coutinho will hit the ground running when he returns from injury. This unearths more support for the next few months marking Sturridge’s time to cement a starting place. The derby was just the beginning.

It takes a winner to assist a decisive goal in the manner he did and an even stronger character to make a difference so soon after returning from injury and to prepare himself for the fight his manager demands despite his lack of game time.

Sturridge is unique in his own right yet the variety of expertise he provides continues to go somewhat overlooked. Klopp’s passion and energy for the game is hailed each week, as is Adam Lallana’s slick skill and attacking elegance, so why not Sturridge’s goal scoring prowess, unpredictability, and flair? It is no secret that he wants to play centrally yet his attributes threaten to reinvent him as a player perhaps more applicable to Klopp’s setup.

That left foot of his is a weapon not to be undervalued. The fluidity of Liverpool’s style and the movement of each forward across the front three allows him the freedom to drift across the pitch at his own will. Starting him from the right of an attacking trio currently seems the most logical way of him slotting into the team.

The space this gives him to cut inside not only allows him to join in with the intricate link up play but it also promises shots on goal and a primary threat opposition defenders have to address. His insistence on cutting inside narrows the pitch to his advantage while also inviting the run of Nathaniel Clyne from right-back. For a player dubbed so heavily as an individual, he sure offers a lot to aid the roles of his teammates. A 4-3-3 can just as quickly shift to a diamond formation when it comes to this Liverpool team. There is room for Sturridge in Klopp’s starting eleven, without question.

His lack of goals is no burden when players from all positions are finding the back of the net. His return to the score-sheet is not far away and when it does come, Liverpool will become an even tougher force.

He is worth the wait and he deserves the faith and backing of his fans, manager and teammates. It’s been devastating to see someone with his talent endure such a torrid time because of injuries and all true football fans will want to see him rediscover the consistent form that saw him help Liverpool come close to winning the title a few years ago.

It’s easy to forget he is a man who has been there and fought hard for Premier League glory once before. He plays with the same motivation to make amends for that season, to play for this team in the Champions League and the succeed under Klopp. Sturridge is not finished at Liverpool.

Defenders are still as wary of Sturridge with the ball at his feet as they were in 2013/2014. He is still the illusive and cool figure that guides the ball with a grace and arrogance that forces opponents to think twice before risking trying to tackle him. One wrong move and he is off in a flash.

Whether he is orchestrating things from a deeper position or accompanying the likes of Coutinho and Roberto Firmino in taunting teams on the edge of the box, he is a man that assures chances.

Liverpool’s rivals should take note because Klopp has plenty more tricks up his sleeve, including his magical number 15.