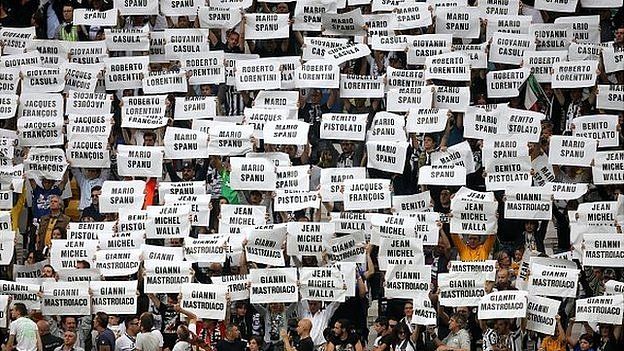 Liverpool were to face Juventus in the final of the European Cup on 29 May 1985. A year earlier, Liverpool had won the competition on Italian soil, beating AS Roma in the Olympic Stadium to lift the trophy for the fourth time.

Crowd trouble after that game may have been a key factor in the build up of tensions that was to prove fatal for 39 innocent football fans.

The decrepid stadium in Brussels was unsuitable to hold such a major sporting event, and the authorities were heavily criticised for their lack of organisation and poor ticket allocation ahead of the game.

UEFA had allocated one end of the ground to Liverpool supporters, but provided a section of the end for ‘neutrals’, called section Z, separated only by flimsy ‘chicken wire’ fencing.

Many Italian fans had been able to buy tickets in the ‘neutral’ section from local Belgians and as the ground started to fill up tensions increased between the two sets of fans.

An hour before the game was due to kick off eye witnesses recalled missiles being thrown from the Italian fans before several fans in the Liverpool section began to run towards them.

Unable to escape, the crowd in the ‘neutral’ section fled towards the far wall, which collapsed under the mounting pressure.

Violence escalated, with some Italian fans attempting to invade the pitch. One was seen to be firing a gun, but it later emerged that it was a starting pistol.

Phil Neal made a public announcement for calm and the game was started, mainly to avoid further violence, and Juventus went on to lift the trophy after scoring a second-half penalty.

The stadium, built in 1930, was never to be used for a football match ever again and was rebuilt and renamed the Stade Roi Baudouin for Euro 2000.

No plaque commemorates the tragedy and no formal inquest has been held to ascertain the causes of the disaster.

Since Heysel both clubs have made attempts to heal the wounds caused by the tragedy and many Liverpool fans are determined to not let the horrors of 29th May 1985 ever be forgotten.

It's been a good few days since we last heard about the possible transfer of Saul Niguez, so what is the latest?