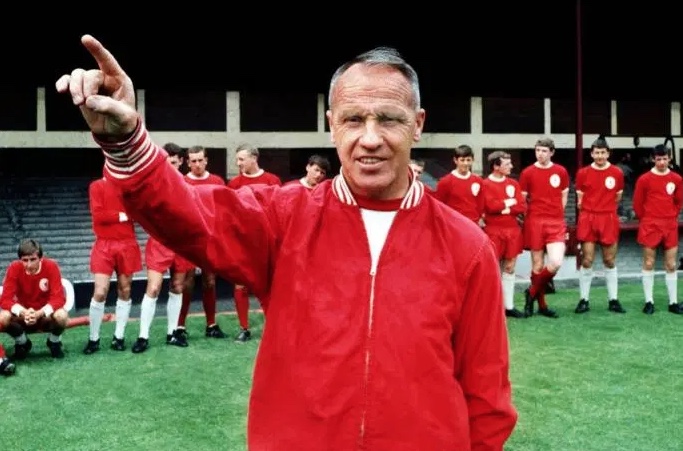 Liverpool’s kit designs have changed a lot over the years. Originally a blue/white half design when the club formed in 1892, those colours were replaced with red shirt and white shorts from 1896.

Bill Shankly decided in 1964 for the team to wear all red and the club have stuck with it since.

“We used to play in white shorts with red stripes, white stockings with red tops and white piping on the jerseys,” Shankly said. “But we switched to all red and it was fantastic. The introduction of the all-red strip had a huge psychological effect.”

Former player Ian St John recalls the moment Shankly made the change. “He came into the dressing room one day and threw a pair of red shorts to Ronnie Yeats. ‘Get into those shorts and let’s see how you look,’ he said. ‘Christ, Ronnie, you look awesome, terrifying. You look 7ft tall.'”

From that day onward Liverpool have always worn an all-red home kit and that will never change, even if pinstripes, flashes or other details come and go over the years.